Here is a relatively simple opinion piece in response to a very interesting question that I was asked recently. The question was- A couple dated for 5 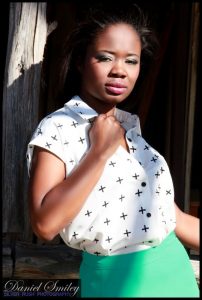 years. The past 2 years were tragic. They separated for 2 years then became reacquainted and decided to try AGAIN. How should they approach this? Start OVER (if possible) and leave the past in the past or Pick up where they left off and try to fix the problems that separated them to begin with?

Was it a mutual decision to “Start Over”…or was it mutually decided to “Pick up where they left off.” There is a big difference between the two. One has no obstacles to overcome while the other has plenty. Moreover, if each person is “mutually agreeing” on two different things…therein lies the base problem. Something’s should remain black and white because gray areas leave too much room for error.

Breaking up means the relationship, as it was, has ended.

Making up means, you have decided to Forgive.

Forgiving means, you BURY the hatchet WITHOUT leaving the handle above ground. (This is one of my favorite phrases!)

When re-committing, some say working through past issues will strengthen the new relationship. I disagree. I believe that you should “work through” issues (reasonable ones) if you have not already ended the relationship and both parties want to make it work. However, once it’s OVER, it’s over. Now, if you choose to look past the pain and start again with the same person who caused it, whatever the offens and whoever committed it should become irrelevant. If you choose to start again, don’t do it half way. If it cannot be done baggage-free, it should not be done at all. This will save everyone, including you, unnecessary stress. Sometimes we try to preserve things that have already reached their expiration date.

Not everyone in your Life is destined to stay a Lifetime- No matter how much a person may want it to be so.

The sting of a hurtful situation always fades with time. That is when you can sometimes “sike” yourself into believing you should save what has already been dismantled. EVERY relationship has had its share of “good times” and if that was the deciding factor in holding on…well, we would never be able to let go of anyone! Every relationship, from casual to committed, is a Lesson- A progressive step towards your growth as a person. Sometimes, when a relationship concludes (no matter how messy)…The ending should not be taken as a Negative thing, but more of a Necessary one.

If you know in your heart that you cannot start over completely, do not Start Again.

Allowing issues that instigated the initial breakup to penetrate and dictate the path and progress of your “new” relationship, is the equivalent of buying a new car and replacing the parts with crap from your old one. No matter how much you repair and polish an old engine, it is STILL an old engine. You are driving around in a ride that looks GREAT on the outside, but you know its 2 miles away from a major breakdown.

You can compare it to anything that makes the point clearer for you. A game, a test, a grade-level in school, a Job, anything! All of these examples are very important things that you MUST start over from scratch if you ever LOSE, FAIL or QUIT. You can’t fail a test, and then take it again with part of the answers already filled in! You fail a grade level, you have to start the entire year again…from scratch (taking the same classes, same teachers, etc.) You lose a job; you have to start over with your search and even training when you secure another one. People always want to know how to evolve and progress, but they will not acknowledge what is required to make that happen. You cannot monkey bar life…holding onto what’s behind you while still trying to move forward. Unfortunately, everyone is different and some people like their comfort zones…no matter how chaotic they may be.

History is supposed to remain in the PAST…if not, you FORCE it to become your Present.

We have never, in any situation, been successful at re-writing history, so why would you set yourself up for a major letdown? Of course it is important to remember certain negative experiences because they teach you a safer way to approach the same situation in the future. You speed down a certain street and get pulled over, you will never speed down that street again. You invest time or money into something that yields no return, you will shy away from similar situations in the future. I am not telling you to act as if certain things NEVER happened- that is unrealistic. I am saying you should not act as if they are not happening right NOW, especially if they are not. Negative History in your Positive Present is a recipe for Future Disaster.

Point blank, you SHOULD NOT re-commit if you suffer from any issues in the past relationship that you cannot let go of completely. For most people, that will prevent a lot of naïve “rekindling” from growing into a tragic inferno…consuming everything it touches. In conclusion, although my opinions may be expressive, perhaps even assertive in delivery, they are simply that- One Woman’s Opinion. Always follow your heart (giving your brain a bit of a say-so as well!), ultimately only YOU really knows what’s best for you.

Game of Hacks – See How Good You Are