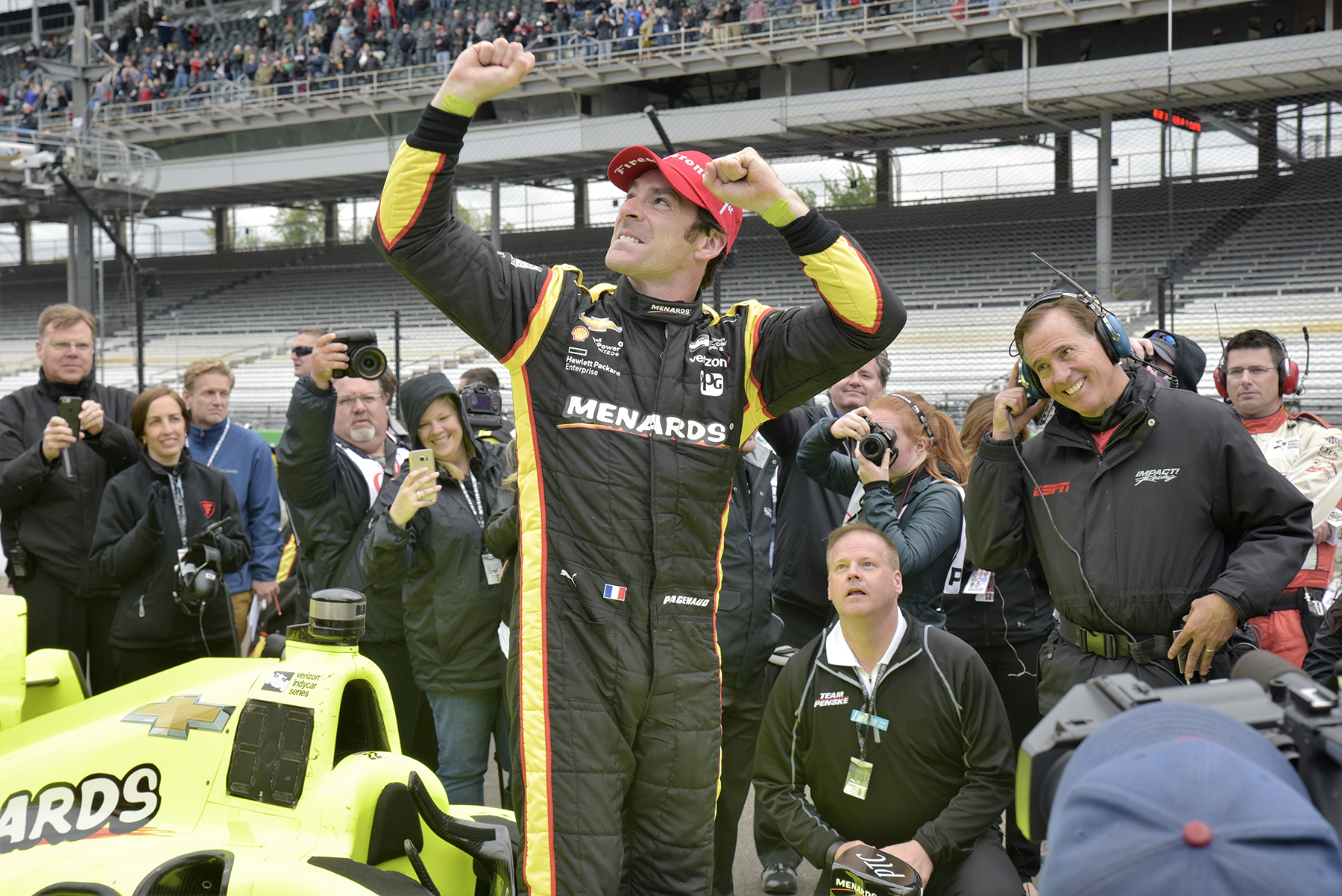 INDIANAPOLIS, Saturday, May 14, 2016 – On an unseasonably chilly day, Simon Pagenaud remained scorching hot at the Angie’s List Grand Prix of Indianapolis, winning and taking a couple of familiar names to Victory Circle at the Indianapolis Motor Speedway.

The No. 22 Menards Team Penske Chevrolet started on the pole, fell to third midway through the 82-lap feature then took the lead again on Lap 62 after a quick service on the fast Chevy allowed Pagenaud to surge to the front for good. He led a race-high 57 laps. 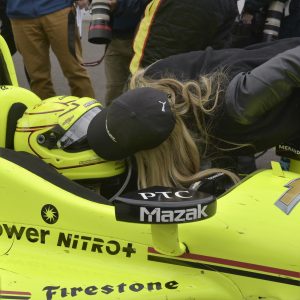 The win, by 4.4748 seconds over Team Penske teammate Helio Castroneves, marked Pagenaud’s third in a row in the Verizon IndyCar Series. In five races, the points leader has finished no worse than second.

“The car was fantastic once again. The balance was perfect all race. When we were in the lead, we were cruising … obviously we had a great last pit stop, too,” said the 31-year-old Frenchman, who also won the inaugural Angie’s List Grand Prix in 2014.

“It’s incredible to win three in a row like this, and here in Indy for me, it’s very special. I lived here for nine years, so this place is very special in my heart.”

For Roger Penske, the winningest car owner in Indianapolis 500 history, Pagenaud’s win marked a second straight triumph on the 14-turn, 2.439-mile road course after Will Power won in 2015.

But for sponsor John Menard, the win meant even more. Team Menard cars were powerhouses at the Indianapolis 500 in the 1990s and early 2000s, winning three poles, but none of his drivers drank the winner’s milk. Menard got a Brickyard breakthrough when son Paul Menard won the Crown Royal 400 NASCAR race in 2011, but an Indy car win never materialized until today. 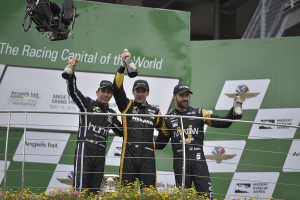 “It is very emotional, yeah. To see that performance today is unbelievable. Just unbelievable.” Menard said. “I’ve been through it all, just a lot of ups and downs over the years. So close so many times, then something happened, but this was like a picture-perfect race. Even when we were not leading, we knew we were going to be leading.”

The race had two cautions for a total of 10 laps, one from an opening-lap crash with Tony Kanaan and Sebastian Bourdais and the other when Bourdais pulled off course on Lap 38.

The Indianapolis Motor Speedway is closed to the public on Sunday, then open Monday as practice gets under way for the 100th Running of the Indianapolis 500 presented by PennGrade Motor Oil. General admission tickets are $15.

Information on parking and camping at IMS events is available at www.ims.com/tickets.