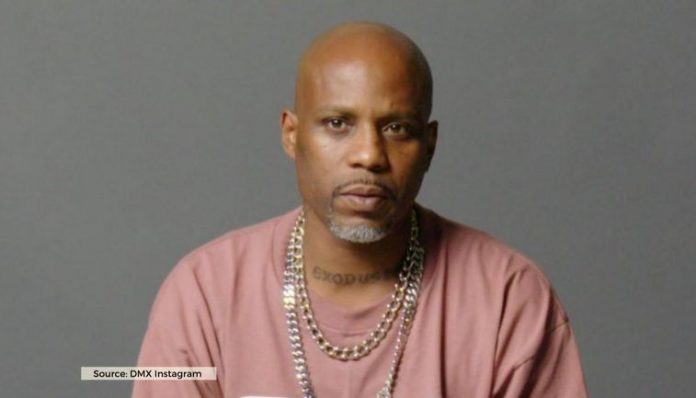 Earl Simmons (December 18, 1970 – April 9, 2021), aka DMX (“Dark Man X”), was an American rapper, songwriter, and actor. He began rapping in the early 1990s. Artists, family and friends got on stage to acknowledge the impact the Ruff Ryders rapper had on their lives. Members of the Ruff Ryders music label like Eve, Swizz Beatz, Drag-On and founding member Joaquin “Waah” Dean shared the mic to express words of gratitude and lessons he taught them.

The first child to speak choked up for a few seconds, after he got his composure and read aloud a beautiful tribute to her father. “When my father passed, someone messaged me something that really stuck with me,” she said. “They said ‘the hardest thing ever is accepting that this earth still rotates without the people you love. You think they mean as much to the earth itself as they do in my heart.’ But my father wasn’t just loved by myself and my family and his friends, he was loved by everyone around the world, so I understand that I’m not the only one that feels this way and even though sometimes I want to be selfish and keep him all to myself, I’m feeling what you guys are feeling right now.” 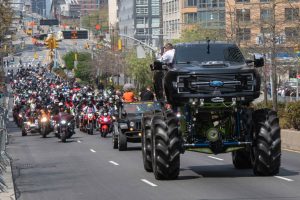 “He saw so much in me not just because I was his daughter, but because we just understood each other. We could talk about everything except boys, no boys! He saw so much potential in me before I could even see it in myself. We were the same and you were great so in your eyes that’s all I could ever be to you. And though I wish things were different and that he could see me graduate college and grow up and walk me down the aisle, you being at peace is more important than all those things. I know for a fact that you’re resting peacefully and that you’re not in pain anymore. And although that doesn’t make it easier, that doesn’t make it okay .. I know you’re extremely happy that through all this, me and my brothers and sisters are 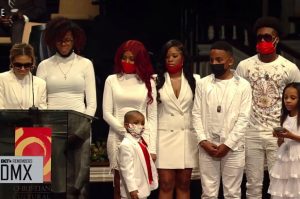 finally in the same room together.” Another daughter said, “He referred to life as suffering. Well God came down and saved him finally. He saved him from the pain and suffering. For him to be at that level of peace is more than any of us could ask for him. And it’s more than any of could ever do for him. He deserves it. He touched every heart in this room and many more across the world.”

Another daughter, Aaliyah, said, “It makes me sad that my dad will never be able to sing happy birthday to me again.”

Serenity at the Beaches of West Coast