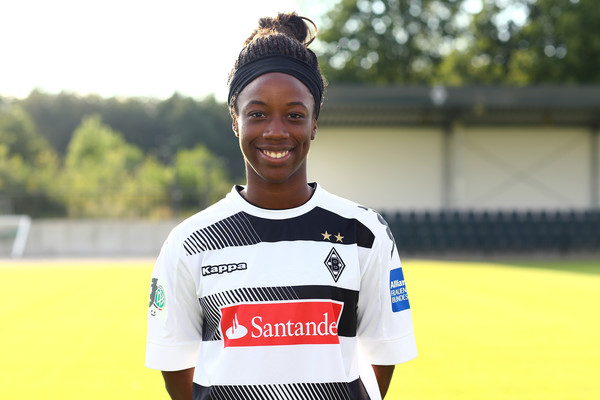 Born in Toronto, Ontario, to Jamaican parents, Cameron played in six matches at the senior level for the Canadian national team but changed her affiliation to Jamaica, making her debut in a friendly against Chile in February. The Reggae Girlz open the World Cup against Brazil June 9 in Grenoble, France. Jamaica will then take on Italy June 14 in Reims and close group play against Australia June 18 in Grenoble.

An NSCAA second team All-American in 2012, Cameron remains the Buckeyes’ all-time leading goal scorer with 40 and 96 career points. The Mississauga, Ontario, native led the Buckeyes with 21 goals in 2012, shattering the previous school record of 13. A two-time first team All-Big Ten selection, Cameron’s nine game-winning goals in her senior season were the most in the country and her 19 career game-winners tied for fourth-most in Big Ten history. Cameron added five assists in her senior campaign to tally 47 points, also an Ohio State single-season record.

Cameron has played professionally for the last seven years domestically in the NWSL, in the Frauen Bundesliga in Germany, in Sweden and currently for Stabaek FC in the top league Norway.