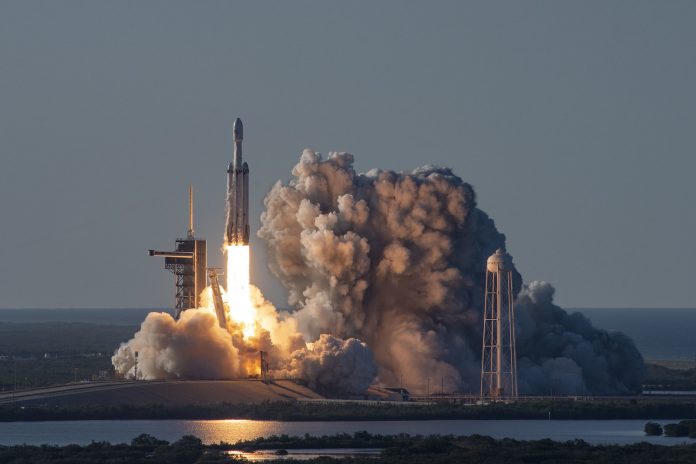 SpaceX is targeting Thursday, May 23 for the launch of 60 Starlink satellites from Space Launch Complex 40 (SLC-40) at Cape Canaveral Air Force Station, Florida. SpaceX’s Starlink is a next-generation satellite network capable of connecting the globe, especially reaching those who are not yet connected, with reliable and affordable broadband internet services.

SpaceX designed Starlink to connect end users with low latency, high bandwidth broadband services by providing continual coverage around the world using a network of thousands of satellites in low Earth orbit. To manufacture and launch a constellation of such scale, SpaceX is using the same rapid iteration in design approach that led to the successes of Falcon 1, Falcon 9, Falcon Heavy, and Dragon. As such, Starlink’s simplified design is significantly more scalable and capable than its first experimental iteration.

With a flat-panel design featuring multiple high-throughput antennas and a single solar array, each Starlink satellite weighs approximately 227kg, allowing SpaceX to maximize mass production and take full advantage of Falcon 9’s launch capabilities. To adjust position on orbit, maintain intended altitude, and deorbit, Starlink satellites feature Hall thrusters powered by krypton. Designed and built upon the heritage of Dragon, each spacecraft is equipped with a Startracker navigation system that allows SpaceX to point the satellites with precision. Importantly, Starlink satellites are capable of tracking on-orbit debris and autonomously avoiding collision. Additionally, 95 percent of all components of this design will quickly burn in Earth’s atmosphere at the end of each satellite’s lifecycle—exceeding all current safety standards—with future iterative designs moving to complete disintegration.

This mission will push the operational capabilities of the satellites to the limit. SpaceX expects to encounter issues along the way, but our learnings here are key to developing an affordable and reliable broadband service in the future.

The center of the complex is composed of the concrete launch pad and flame diverter system. Surrounding the pad are propellant storage tanks, four lightning towers, and the integration hangar. Before launch, Falcon 9’s stages and payload are housed inside the hangar. The payload is mated to the Falcon 9 inside SLC-40’s hangar on the transporter erector. The rocket and payload are then rolled out from the hangar to the launch pad and lifted to a vertical position.