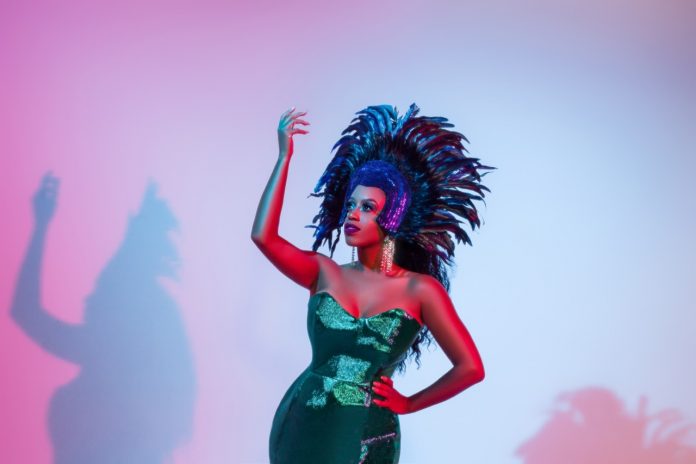 N’awlins Singer/Songwriter CASME’, has traveled the World as an Entertainer & Philanthropist. This powerhouse vocalist recently released her newest collection of work “GUMBO” which includes over 40 records from all genres of music including Soul, Funk, Blues, Jazz, Hip Hop, Folk & Pop. Casme’ has been Ranked #1 on major music platform ReverbNation for the past 6 years and won many talent competitions including Arthel Neville’s “Sing Like a Star”, the legendary “Hard Rock Cafe Battle of The Band Rising”, and More. She is a former singer for many major artists such as BoB, Trina Braxton, American Idol’s Kimberly Locke, Keith Urban, Carl Thomas, Aaron Hall, Lil G(Silk), Tony Toni Tone’, and more whom have all influenced her musical style. Over the past few years, Casme` has opened for many artists including Eric Benet, Dwele, Ginuwine, Eve and Bobby Jones. Casme’ is indeed the definition of a “Gumbo Artist” who’s rue is pure LOVE. In 2017 CASME’ was inspired to release her 1st Christian Single which received Grammy Consideration. A native of New Orleans, LA, Casme’s career has taken her to live in different cities including Nashville, Tn and Atlanta, Ga. Her undeniable talent, refreshing energy,  and sweet spirit have landed her many major opportunities to perform locally and worldwide including Jazz Fest, News With A Twist, Jazz In The Park, WWLTV Morning Show, Walmart’s Music Commercial “The Receipt”, Steve Harvey Morning Show, 106&Park, The Wendy Williams Show, Jimmy Kimmel, Jay Leno, The View and more.

A woman of many talents, Casme is a singer, songwriter, dancer, graphic/fashion/interior designer, humanitarian, and motivational speaker. She has been featured on the big screen in Tyler Perry’s I Can Do Bad All By Myself, TBS’s House Of Payne, Madea’s Big Happy Family and The Braxton Family Values. She has also starred in major stage plays including Marrying Up, The Lost Son, featuring Terrell Carter and Tall Dark & Handsome, featuring R&B crooner, Tony Terry, and BET comedians Sheryl Underwood and Bill Hill. When Casme` performs, she pours her heart out on the stage and welcomes the audience to join her on her journey of love. Her vocals are strong and pure and her lyrics display artistic genius.

Growing up as the oldest of eight children, Casme` is a natural born leader— displaying these qualities both within her music, and behind her music. In 2010 she launched Casme’ Cares Community Outreach Program with the hopes to brand love, hope, and peace through the arts and music. The program allows her to speak to at risk youth and feed hundreds of homeless/community monthly. CCCOP also helped to launch Casme’s first book,  “Daughter Of The King 101”.  In 2015 after releasing the Album “Daughter Of The King”  Casme was led to start a teen girls mentoring academy: “DOTK” ,and to open “DOTK House”, a safe place for the girls to attend after school in Algiers, La. Because of her love for people she created a Radio show, “Indie lagniappe” and a TV Show  named “NOLA’S GOT IT”,  where New Orleans locals are encouraged & uplifted for their passion work. In January 2019, the first DOTK Magazine was released. Casme’, along with a wonderful editorial staff, use “INFLUENCE to INSPIRE” by highlighting various women and girls in the city of New Orleans making a difference in the community. She continues to contribute to her community and make a difference in the lives of everyone she meets.