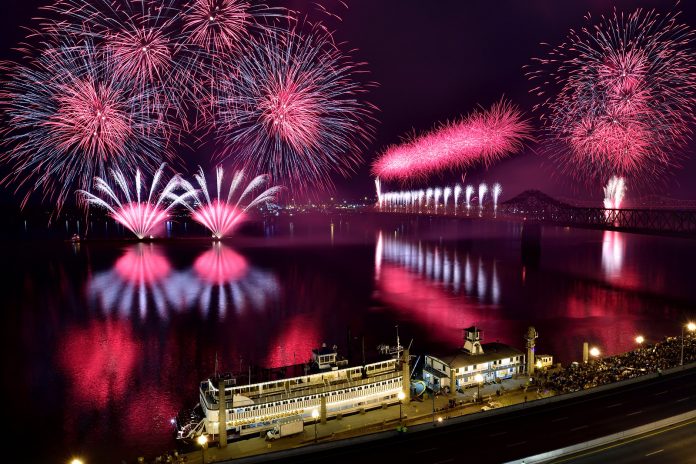 “The Kentucky Derby Festival’s mission has always been to bring our community together in celebration,” Matt Gibson, Kentucky Derby Festival President & CEO, said in a news release. “We look forward to returning to in-person events and are thrilled to add the new Block Party to our line-up. This event will showcase even more of what our great city has to offer. We hope everyone will join us as we create a new Derby Festival tradition.” 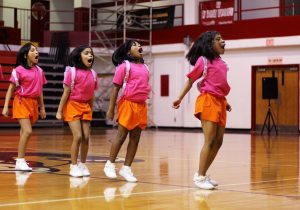 Over a dozen non-profit organizations who have been making a positive impact in the west Louisville community will be at Block Party as part of a non-profit fair to showcase their services. A complete list of participants will be posted on KDF.org.

“There are so many non-profits in this community doing amazing work and making a difference that don’t get the spotlight, and we are thrilled for our community to see them at the inaugural Block Party. This event will be a chance to connect and learn about the work of these great organizations,” Stachelle Bussey, founder and executive director of The Hope Buss, said in the news release. The Hope Buss is a non-profit organization focused on empowering families and individuals to reimagine the Louisville community by working alongside them to build HOPE-based infrastructure and sustainable resources. 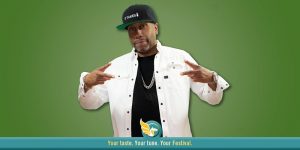 By critchie | Published April 30, 2022
April 30, 2022. Louisville, KY.  – The event that started the Kentucky Derby Festival – the 67th annual Zoeller Pump Company Pegasus Parade – steps off on a new day TOMORROW, May 1, at 3 p.m. The parade will march West on Broadway from Campbell to 9th Street. As one of the festival’s most cherished and popular […]

GREAT BALLOON RACE RETURNS TO LOUISVILLE’S SKY April 30, 2022. Louisville, KY.  – With sunny and beautiful conditions, 11 balloons lifted off from Bowman Field this morning in the Great Balloon Race. The race got underway just after 7 AM, as light winds took the balloons north toward River Road. The 11 “Hound” balloons took […]

April 29, 2022. Louisville, KY.  – GospelFest, Presented by Passport Health Plan by Molina Healthcare and Republic Bank, the Kentucky Derby Festival’s gospel choir showcase, returns on Saturday, April 30. The musical event has moved to a new location this year and will take place at Kroger’s Fest-a-Ville on the Waterfront. The show begins at […]

FANS INVITED TO RIBBON CUTTING AT 11 AM April 27, 2022, Louisville, KY. The Kentucky Derby Festival’s ultimate entertainment venue – Kroger’s Fest-a-Ville on the Waterfront – returns Thursday, April 28, at 11 a.m. A ribbon cutting ceremony will be held at 11 a.m. in front of the main entrance to mark the official opening […]

$1 MILLION PRIZE STILL UP FOR GRABS April 26, 2022. Louisville, KY.  – The $1 million prize is still up for grabs after more than 30 years in the Stock Yards Bank Kentucky Derby Festival $1 Million Dollar Hole-In-One Golf Contest. No one has aced Hole #8 at Seneca Golf Course, though a Louisville man […]

TWO BELLES AND A COUNTESS READY TO RACE ON THE OHIO RIVER BROUGH BROTHERS DISTILLERY OFFICIAL BOURBON OF GREAT STEAMBOAT RACE           April 26. 2022. Louisville, KY.  – It will be a Battle of two Belles and a Countess along the Ohio River as the Liberty Financial Great Steamboat Race, returns on […]

April 22, 2022, Louisville, KY. The 33rd Annual Derby Festival Volleyball Classic will be under way Saturday, April 23 and Sunday, April 24 with the Men’s and Women’s Doubles Sand Tournament at Baxter Jacks (427 Baxter Ave.). The Sand Divisions will showcase some of the top Doubles Volleyball players in the region, including a team […]

2022 PLAYLIST CELEBRATES RETURN TO TRADITION Thursday, April 21, 2022. Louisville, KY. – In anticipation of Thunder Over Louisville’s return to the Waterfront, Thunder Officials ran their first soundcheck of this year’s fireworks soundtrack in the Louisville Muhammad Ali International Airport Command Center at the Galt House this morning. This year’s theme – “The Legend […]

April 19, 2022. Louisville, KY. – Thunder Over Louisville features more than just one of the nation’s largest fireworks displays and top air shows. Sponsored by Ford Motor Company, Ford’s Thunder on the Ground activities will offer numerous ways to entertain friends and family members alike! From the Thunder FoodFest to the Children’s Play Areas […]

WINNER WILL BE THIS YEAR’S THUNDERNATOR April 18, 2022. Louisville, KY.   – Through a special second chance promotion sponsored by the Kentucky Lottery, Louisville resident Lillie Ingram won the opportunity to be this year’s Derby City Fanatic for the 2022 Kentucky Derby Festival. As part of her big win, Ingram will serve as the Thundernator […]

April 15, 2022. Louisville, KY. Thunder Over Louisville, The Legend Returns on Saturday, April 23rd with a salute to the 75th Anniversary of the United States Air Force. One of the nation’s top air shows, the event will have a packed show showcasing both military and civilian aircraft. Scheduled performances include the U.S. Air Force […]

CELEBRATION TOASTS NEW HOME THIS YEAR AT THE FRAZIER HISTORY MUSEUM April 13, 2022. Louisville, KY.  – Two of Kentucky’s signature favorites – the Kentucky Derby Festival and bourbon – will be in the spotlight on Thursday, April 14 at the Frazier History Museum. Republic Bank BourbonVille features a spirited evening of Kentucky Bourbon-inspired cocktails […]

April 12, 2022. Louisville, KY. – The Kentucky Derby Festival’s annual cycling experience – the 2022 PNC Tour de Lou – rides through Louisville this Saturday, April 16. For the first time at the 9th annual event, cyclists will have the opportunity to ride through the home of the Kentucky Derby and across state lines. […]

April 9, 2022. Louisville, KY. – With the traditional spin of a wheel Nancy Ngo of Louisville, was named the 2022 Kentucky Derby Festival Queen tonight during the 63rd annual Fillies Derby Ball at The Galt House Hotel. Nancy, 23-years-old, is a 2nd-year graduate student at the University of Louisville studying Public Health with a […]

Serenity at the Beaches of West Coast