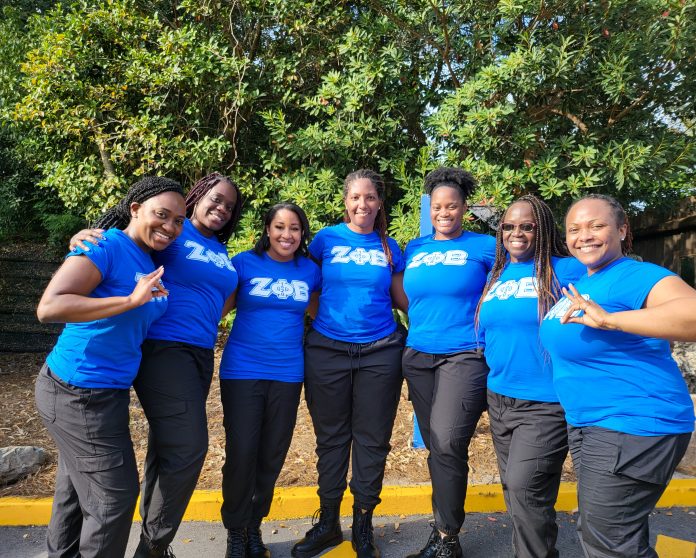 With celebrating in the black history month festivities at Walt Disney World, they showcased Historically Black Colleges and Universities (HBCUs). They allowed several sororities to perform in front of its guest in celebration.

Zeta Phi Beta was founded on the campus of Howard University on January 16, 1920. Since its inception, Zeta has continued its steady climb into the national spotlight with programs designed to demonstrate concern for the human condition both nationally and internationally.  The organization has been innovative in that it has chronicled a number of firsts.  It was the first National Pan-Hellenic Council organization to centralize its operations in a national headquarters, first to charter a chapter in Africa, first to form auxiliary groups, and first to be constitutionally bound to a fraternity, Phi Beta Sigma Fraternity, Inc.   The sorority takes pride in its continued participation in transforming communities through volunteer services from members and its auxiliaries.  Zeta Phi Beta has chartered hundreds of chapters worldwide and has a membership of 100,000+.

The future steps of Scala – What to expect from upcoming...

I AM ALI Festival