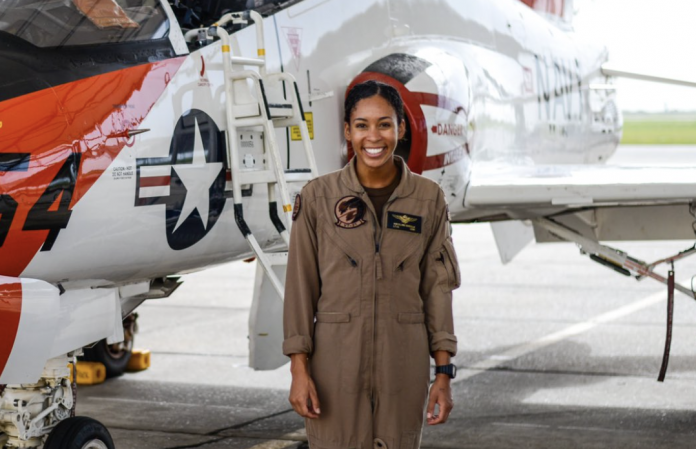 On Tuesday, July 7, 2020, Lt. J.G. Madeline Swegle finished her pilot training to become the first known Black female Tactical Jet pilot. She was assigned to the Redhawks of Training Squadron (VT) 21 at Naval Air Station Kingsville, Texas. The ceremony/graduation for he wings will be on July 31, 2020.

Swegle follows in the footsteps of trailblazers like Brenda Robinson, who is thought to be the first Black female aviator in the Navy. Swegle’s history-making accomplishment comes nearly 110 years after the beginning of naval aviation. In 1974, Rosemary Mariner became the first woman in the Navy to fly a tactical jet. And in the 1980s, Brenda Robinson was the first African American woman to earn her wings of gold and become a Navy flight instructor, evaluator and VIP transport pilot, according to the non-profit organization Women in Aviation International.