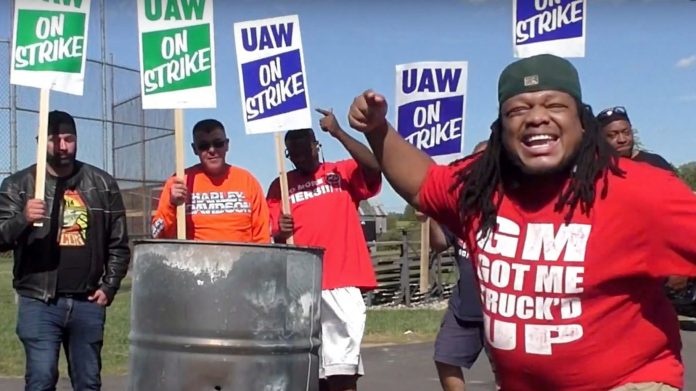 The UAW/GM strike is in its 5th week and the UAW workers are trying everything to make money to cover their wages. The UAW workers now have RSpriggie, the rap-parody alter-ego of Richard Spriggs, a 34-year-old forklift operator at GM’s Fort Wayne, Ind., assembly plant.

Mr. Spriggs has stepped forward with “Or We Strike,” a take on David Banner’s 2003 hip-hop hit “Like a Pimp.”

Mr. Earle, 64 years old, has taken on labor issues in his work, but he said today’s labor movement would benefit from younger musicians’ voices. The next thing up is for somebody nationally to take an interest,” he said. “I’m not the guy.”

Mr. Spriggs siad, “If Pete Seeger and Woody Guthrie were singing at picket lines today, they would be rappers.”

THE GREATEST IN BOXING

The dangers of eating too much restaurant food