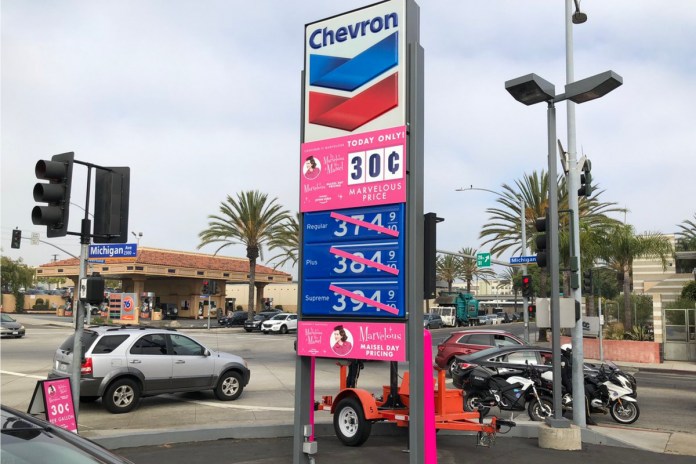 If you are a Prime member then you might know about a tv series that was nominated for 20 Emmy Awards. ‘The Marvelous Mrs. Maisel,’ Amazon’s tv series is doing a promotion in Santa Monica, California.

This August 15th promotion brought people from cities all over to help celebrate the 20 Emmy nominations that Amazon Prime received. What the city and community did not realize was how bad and how much traffic it would bring. There was a Chevron gas station off Cloverfield Blvd in Santa Monica, CA. that was selling gas for 30 cents per gallon that started at 9:30 AM to 2:30 PM. The traffic was so bad that the city’s Police Department shut the gas station down for a few hours.

There were many other promotions that the Maisel Day promotion offered.
https://maiselday.com/

The celebration had hotel rooms for $40, Movies for $0.51, and ice cream for $0.80, to name a few. The reason the prices were this cheap was because Amazon wanted to make the prices the same as they were back in 1959, which is the setting for the Marvelous Maisel Tv series.

A Guy's Body Language and How To Know if He Likes...