Who is Erin Jackson? 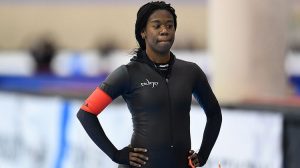 Erin Jackson surprised herself and almost everyone else at the U.S. Olympic Speed Skating Trials, becoming an Olympian after just four months on ice.

Coming from inline skating, Jackson qualified in the 500m by finishing third.

The 2018 PyeongChang Winter Games will be Jackson’s first Olympics. “I really wasn’t expecting any of this, just coming in as a newbie, just trying to do the best I can,” she said, smiling. “I still don’t even know.”

Jackson is a former University of Florida materials science and engineering student and roller derby player for the Ocala Cannibals and Jacksonville RollerGirls. “A couple weeks ago, I was still in the 40s,” Jackson said. “I think I hadn’t even broken 40 [seconds]yet, so it’s all happened really fast.” 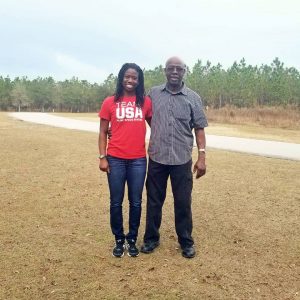 “She’s improving dramatically every time she steps on that ice,” Bowe said. “She’s at a point now where she can make those huge gains, so to see that two races in a row out here when the pressure is the highest is really promising for her and the sprint program for Team USA.”

She first put on skates when she was eight years old as a member of a figure skating team in her hometown. Jackson was forced to quit after her coach left town to pursue her daughter’s Olympic dreams. Even as a figure skater, Jackson had a desire to go fast. Soon after Jackson’s mother, Rita, met a speed skating coach at a diner. 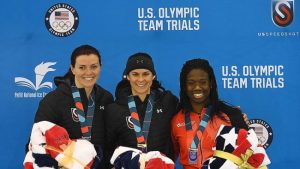 “I won some races at the party on my little artistic skates and soon began attending speed practices. Thirteen years later I’m still in love with the sport,” Jackson said