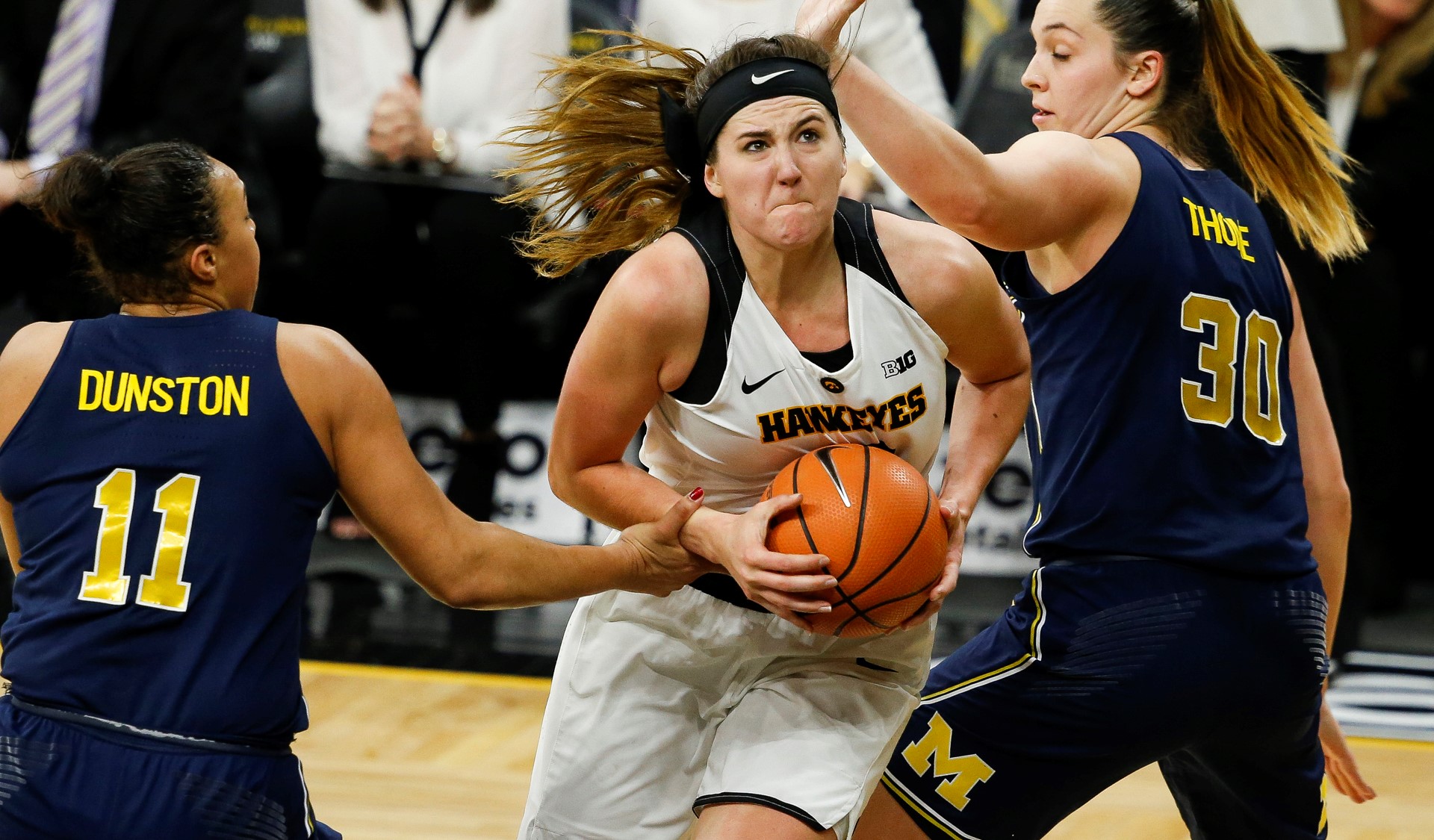 IOWA CITY, Iowa – For the sixth time this season, University of Iowa senior Megan Gustafson has been named the Big Ten Player of the Week, the conference office announced Monday. It is the 16th award of her career.

Gustafson scored a season-high 44 points on 17-for-24 (71 percent) shooting from the field to lead the Hawkeyes to an 91-82 victory over Drake on Friday. She pulled down 14 rebounds (seven offensive) to register her NCAA-leading 10th double-double of the season. Gustafson scored 30 points (11-for-13) in the second half, including 19 (7-for-8) in the fourth quarter. She also made 10-of-14 free throws in the contest.