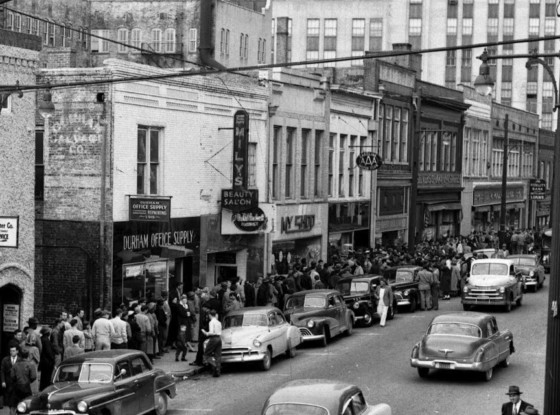 10 days of commemoration will pay homage to the martyrs of the 1921 Tulsa Race Massacre and celebrate the resilience of the Greenwood spirit and the Black Wall Street mentality. 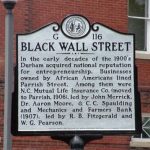 A talented cadre of African American businesspersons and entrepreneurs plied their trades.

Dr. A.C. Jackson, a physician christened the most able Negro surgeon in America by the Mayo brothers, transcended the color line, servicing both white and “Colored” patients.

John and Loula Williams launched multiple ventures: a theatre, a confectionery, a rooming house, and a garage.

E.W. Woods, the first principal of the all-black Booker T. Washington High School (1913), earned a reputation as “the quintessential Tulsan” for his preeminent leadership in the realm of public education.

These and other Greenwood District architects parlayed Tulsa’s Jim Crow regime into an economic advantage. They seized the opportunity to devise a closed market system that defied the myth of African American mediocrity.

Greenwood Avenue, the nerve center of the Greenwood District, flourished, drawing favorable comparisons to such celebrated thoroughfares as Beale Street in Memphis and State Street in Chicago.

African American World War I veterans, having tasted freedom on foreign soil, returned to America with heightened, but all-too-soon-dashed, expectations. Racial oppression continued unabated. “Race riots,” lynchings, and other atrocities proliferated, unchecked by the justice system and without regard to veteran status.

Authorities arrested Rowland and held him in a jail cell atop the courthouse. A burgeoning white mob threatened to lynch him.

African American men vowed to protect Rowland. They marched to the courthouse on two separate occasions.

Dubbed the 1921 Tulsa Race Riot (the “Riot”), this man-made calamity could more accurately be labeled an assault, a disaster, a massacre, a pogrom, a holocaust, or any number of other ghastly descriptors. This, America’s worst “race riot,” would remain a taboo topic for decades.

Against great odds, the Greenwood District pioneers rebuilt the community from the ashes.

Buoyed by its powerful past, the Greenwood District still lives. No longer a black entrepreneurial mecca, its new incarnation is that of a business, educational, recreational, cultural, and entertainment hub.

The 1921 Tulsa Race Riot Centennial Commission (the “Commission”), spearheaded by Oklahoma Senator Kevin Matthews, reflects bi partisan representation from all levels of government and all sectors of the City of Tulsa. We hope to serve as a model for the city, state, and nation by demonstrating unity across racial, religious, and political boundaries and proving that differences create opportunities to learn, build, and work with one another.

The Greenwood District trailblazers turned trials, tribulations, and tragedy into a triumph of the human spirit. Their legacy endures.

Who is Hannibal B. Johnson?