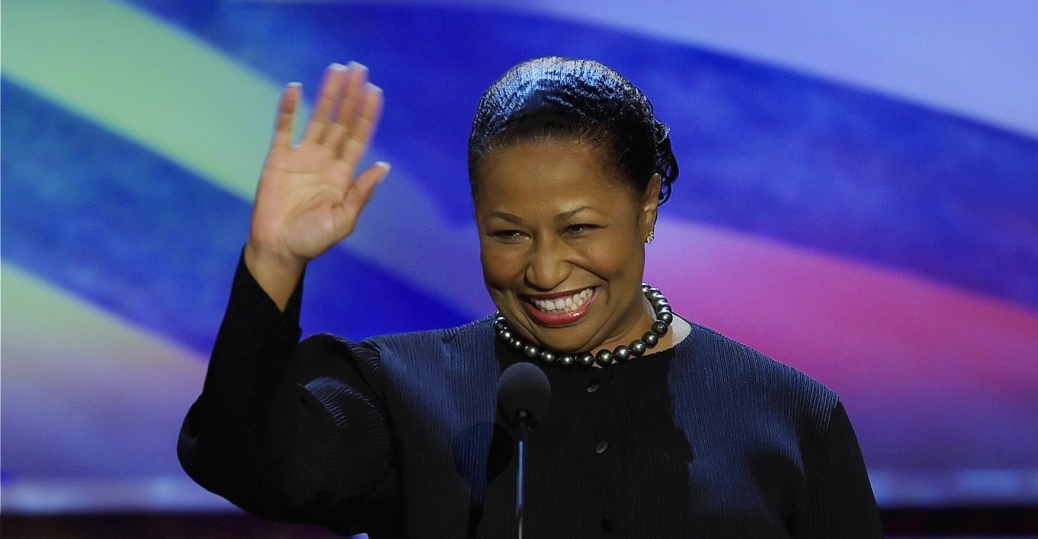 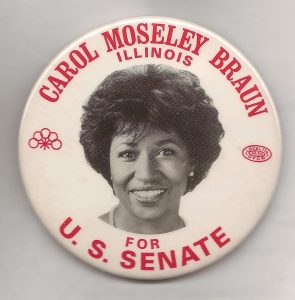 becoming the first black woman to earn that distinction.

In 1992, Moseley Braun made the leap to the national political arena: She ran for a seat in the U.S. Senate, looking to unseat incumbent Democratic Senator Alan Dixon in the Democratic primary. Up against a seasoned politician who had spent decades in office, Moseley Braun appeared to be the underdog. But many responded to Moseley Braun as a chance for political change. She won the primary, but faced another tough opponent in Republican Richard Williamson. Williamson tried to capitalize on Moseley Braun’s mishandling of a tax situation. Although the scandal marred her campaign, she won the election, becoming the first African-American woman to win election to the U.S. Senate.

As a senator, Moseley Braun tackled many issues, including women’s rights and civil rights. She served on several committees, including the powerful Senate Finance Committee. Moseley Braun continued to support educational reforms and called for more restrictive gun control laws. Her time in office, however, was affected by claims that she misused funds from her 1992 campaign, spending the money on personal expenses. While no charges were ever filed, this allegation clung to Moseley Braun as she sought re-election in 1998.

Artist, Jacob Lawrence, The Migration of the Negro