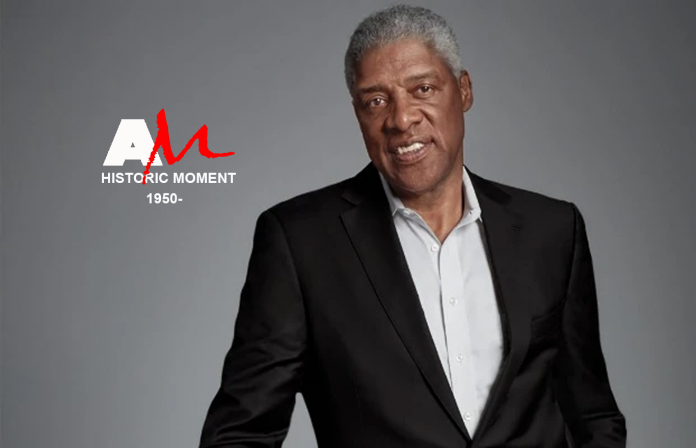 Dr. J” or “The Doctor,” Julius Erving was among the most exciting players in NBA history. In 1993 he was elected to the Basketball Hall of Fame, and in 1994, as part of its 40th anniversary, Sports Illustrated named him to a list of its 40 most important athletes. In 1996, as the NBA celebrated its 50th anniversary, Erving was an easy choice for one of the top 50 players in the history of the league.

Erving began his professional career in the ABA with the Virginia Squires in 1971. After two seasons in Virginia, he was dealt to the New York Nets before the 1973-74 season. He led the Nets to the 1974 and ’76 championships and, overall, averaged 28.7 points, 12.1 rebounds, 4.8 assists, 2.4 steals and 2.0 blocks per game in 407 career ABA contests. The Milwaukee Bucks picked Erving in the first round of the 1972 Draft, but he never played a game for them.

After losing his first three Finals appearances, Erving teamed with league MVP Moses Malone in 1982-83 to finally claim his first and only NBA title.

Many consider him one of the most talented players in the history of the NBA; he is widely acknowledged as one of the game’s best dunkers