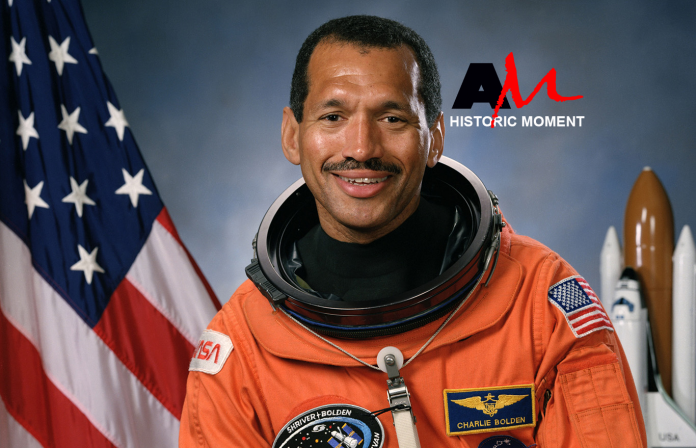 American astronaut Charles Bolden, served as the first African American administrator of the National Aeronautics and Space Administration (NASA) from 2009 to 2017. 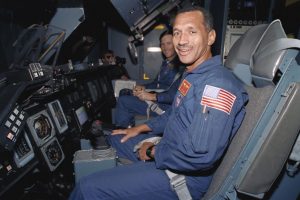 Astronaut Bolden received his bachelor’s degree in electrical science from the U.S. Naval Academy in Annapolis, Maryland, in 1968. He became a pilot between 1972 and 1973 and flew more than 100 combat missions in the Vietnam War.

He graduated from the U.S. Naval Test Pilot School at Patuxent River, Maryland, in 1979. In 1980 he was selected as an astronaut by NASA.

During his time at NASA, Bolden made four spaceflights, the first of which was the pilot mission (launched January 12, 1986) on the space shuttle Columbia. His second flight was April 24-29, 1990, piloting the space shuttle Discovery with deployed the Hubble Space Telescope. His next to flights were piloting space shuttle Atlantis. It was the first U.S. spaceflight to have a Russian cosmonaut on board. 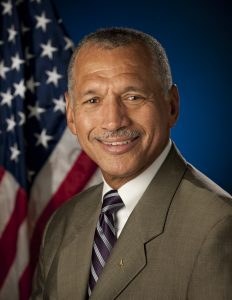 He retired form Nasa in 1994 and went bac into the Marines as a Major General and retired in 2003. In 2009 Pres. Barack Obama named him as NASA administrator. He was the first African American to hold that position.

“I walked into NASA control and there were no black controllers. There are now. I guess I bit my lip at the time, but I learned it was not NASA’s fault. Blacks just didn’t apply, so when I talk to young people, I tell them to get with it.”

The dangers of eating too much restaurant food