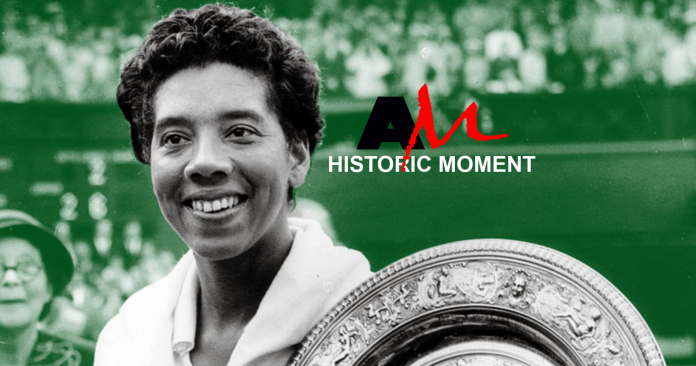 Today we recognize Trailblazer Althea Gibson (1927-2003). She was the first African American player to be invited to the US National Tennis Tournament in Forest Hills.

Ms. Gibson became the first black player to compete and win at both Forest Hills (US Open) and Wimbledon. This accomplishment was in 1957 and repeated in 1958.

Trailblazer Gibson was born in South Carolina and died in New jersey. While on this earth she dominated the women’s competition in tennis. Her titles are: French (1956), Wimbledon (1957–58), and U.S. Open (1957–58) singles championships.

Growing up in New York, she began playing tennis at the New York Police Athletic League. In 1942 she won her first tournament and then again in 1947 she captured the women’s singles championship and continued to win it for the next 10 years. 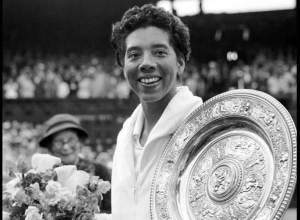 She attended FAMU (Florida Agricultural and mechanical University) and graduated in 1953 with a B.S degree. In 1950 Gibson became the first Black tennis player to enter the national gras-court tournament at Forest Hills.

She then followed the next year with a win at Wimbledon, of which she was the first Black player ever invited. She wrote her autobiography in 1958 and in 1971 she was elected to the International Tennis Hall of Fame. 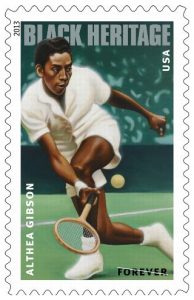