“Nigger”…A term unpleasantly imposed onto African slaves by their masters; intended to be injurious and signifying low opinion in the eyes of their oppressor. It’s derogatory; designed to diminish the value of the African culture. And unfortunately, it seems to have created a dichotomy between African Americans in our world today. Some blacks, particularly those that are sophisticated and/or older, feel that the word is offensive, disrespectful, and should never be adopted in any black person’s vernacular. And if a negro dares to utter the perverted word, even as an expression of endearment or affirmation, those blacks, who are polished, intellectually appealing, seasoned, and contend against it, often label that particular 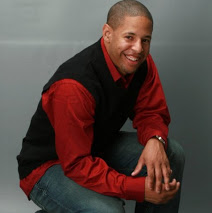 society of blacks as insensitive, unethical hoodlums, who obviously lack conscious awareness of the suffering associated with such a wicked word. And although I understand why they are so finite in their belief of why the word “Nigga” shouldn’t be verbalized, I am also intelligent enough to examine the reality in a much deeper and broader perspective. And ironically, upon a fair, unbiased, critical inspection, I don’t necessarily encourage the use of the word as an African American, but at the same time, I shall not and will not scrutinize those who use it sportively because I comprehend that it’s not so much the word itself that’s immoral, it’s the INTENT behind the word that makes it unjust. Nevertheless, what I am unable to come to grips with is the antagonist’s ground of argument for resisting the use of the word. Because ironically, when I look at this issue from a neutral perspective, what I find more problematic is how the so called sophisticated, wise, and civilized blacks are actually ignorant (meaning, not knowing) and/or oblivious to their own Hypocrisy.

Yes, “nigger” was insulting and degrading to our descendents and I am very much aware that a myriad of negative behaviors and experiences are attached to it. However, I am cognizant and adequately sensible to know that being called “nigger” was not the sole act of disgracefulness inflicted on blacks by the oppressors. Likewise, so was Pig Slop. This particular substance of food, as it pertains to blacks, originates from a wretched place. It was fed to slaves, our ancestors, our descendents, in such a despicable manner. Slave masters would cut up a pig, allowing it’s intestines to spatter over the table. And those same guts, that was uncooked, raw, unseasoned, and tasteless would be placed in an unsanitary bowl and distributed in small portions to the slaves. And that unclean, grimy bowl was tossed on the filthy ground in front of them, to malign them, as if they were dogs. And even worse, the only reason their masters fed them was not because they were so concerned with their nutritional value, but because they HAD to feed them something in order to keep them alive. So they fed them unappetizing pig guts. The part of the cattle they would normally dispose of or give to their hounds. The same food that alley rats would feast from in the trash. This exact substance is what slaves were FORCED to consume, for the nourishment of their bodies. But strangely today, many elder blacks, sophisticated blacks; the ones with refined knowledge of our history, the ones who are suave and urbane, deeply rooted in their ‘blackness’, has converted this pig slop, that was once bestowed upon African slaves to demean them, reduce their value; these same blacks, have transformed pig slop into a gourmet meal we call chitlins. The blacks who have the audacity to find fault in those they say “nigga”, actually glamorize and glorify chitlins.
Chitlins are proudly celebrated, and regularly cooked and seasoned on Thanksgiving and Sunday dinner. And when offered to them, they don’t receive it as insulting. They receive it warmly as they perceive it as you extending to them a wonderful meal. But why? Why is it that they can graciously accept chitlins today but not “nigga.” Is not the act associated with chitlins more painful and degrading than the word “nigga?” Sure it is, and any sane African American would calculate it as such. I would have rather been called “nigger” and been afforded to devour a descent well balanced meal than to NOT have been called “nigger” and forced to eat raw, uncooked, tasteless, unappetizing pig intestines that was tossed to me on the ground like I was a damn dog. Perhaps it’s all in the perception because however you perceive something will inevitably affect how you receive it. For instance, if you went to an elegant restaurant and ordered your favorite dish: A steak marinated with garlic, tequila, lime juice, herbs & spices and vinegar topped with mushrooms and rosemary sauce. Complemented with a loaded baked potato and plentiful steamed tasty green beans. Minutes later the waitress, coming from the kitchen, walks through the revolving kitchen door to bring you your food. But instead of transporting your plate on an oval food tray, it is carried out on a dirty trash can lid. Now that same dish you just ordered, that you always known to be so delicious, is no longer pleasing to your sense of taste. Why? Because of how it was delivered.

So from this day forward, if my grandmother Ida Mae Harris, extends to me a bowl of chitlins; a substance of food that originates from a dark, desolate place, where memories are cruel acts of injustice, sparking constant horrific thoughts, like a cognitive thorn. I understand that when she offers me a bowl of her chitlins, it’s not that she doesn’t feel her grandson is unworthy to eat her collard greens, ham, dressing, macaroni & cheese, corn, sweet potatoes, and lemon glazed cake. But in the spirit of kindness, when she offers it to me, I would never be offended, because I understand the intent behind it. And likewise, you antagonist, sophisticated complex African Americans, you should exercise this same logic of reasoning before passing judgment upon those who include “nigga” in their choice of words. Because according to YOUR THEORY, you can add up a plethora of reasons for why “nigga” shouldn’t be in black person’s DIALOGUE. But in the same way, I’m certain that you can now sum of even more explanations for why chitlins shouldn’t be in your DIET. Go ahead, you do the math….My Nigga.

Courtesy of Demetrius E. Harris—Freelance Writer—Spirituality/Relationships/Societal Issues
Author: IS A GOOD MAN REALLY HARD TO FIND? (2012), THIS IS NOT WHAT I PRAYED FOR (Coming Spring 2014)