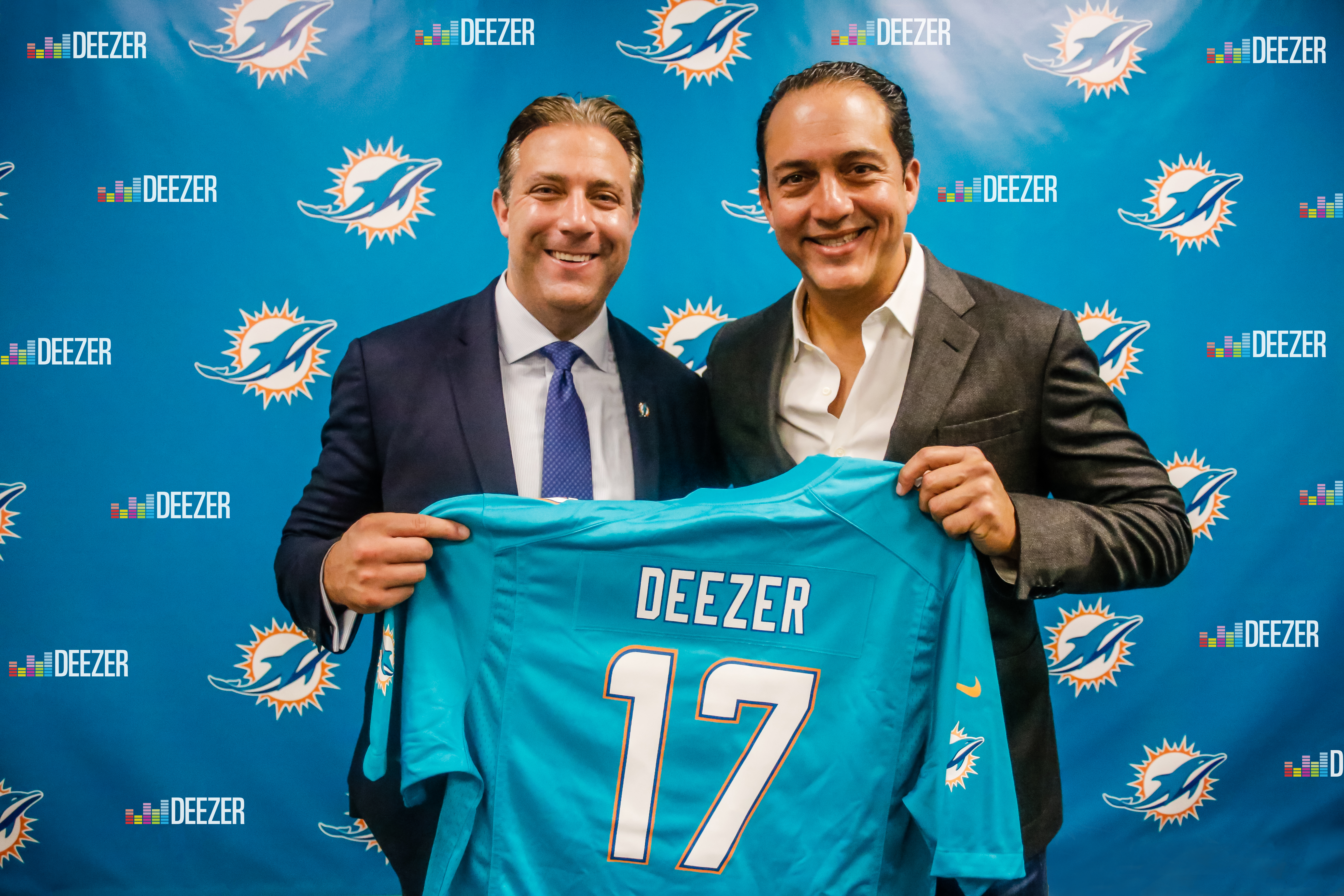 Dolphins fans also will be able to enter sweepstakes during the season to win VIP experiences at Hard Rock Stadium, along with Deezer Premium+ accounts, which offer access to unlimited music from the world’s most diverse music catalogue.

Deezer Premium+ features include:
● Deezer Flow: a personal soundtrack of favorite music mixed with new recommendations in one infinite stream

● Access to more than 43 million tracks and music that represents the best of the Miami Dolphins, including top hits and songs that help players get in their pregame flow

“The Miami Dolphins are a truly iconic brand that has international appeal,” Deezer North America VP Jorge Rincon said. “We selected the Dolphins as our first foray into the North American sports scene as they are steeped in tradition. This partnership allows Deezer to celebrate the players, cheerleaders, mascot and fans that are the fabric of this hugely popular NFL team.”

“We’re honored to be the first North American professional sports team to partner with such an innovative global brand, giving our fans deeper access and a personalized experience through Deezer Flow,” Miami Dolphins Senior Vice President & Chief Commercial Officer Todd Kline said. “This Dolphins channel gives our fans direct access to the players’ favorite music — be it what they listen to off the field or in getting pumped for a game.”

About the Miami Dolphins
The Miami Dolphins, owned by Chair of the Board & Managing General Partner Stephen M. Ross, are the oldest continuous major-league professional sports franchise in the state of Florida. The Dolphins were founded by Joe Robbie in 1965 and began play in the American Football League as an expansion team in 1966 and joined the NFL as part of the AFL-NFL merger in 1970. The organization has played in five Super Bowls, winning championships following the 1972 (VII) and 1973 (VIII) seasons. The franchise also has won five conference championships and 13 division championships. The Dolphins play home games in Miami Gardens at Hard Rock Stadium and train at Baptist Health Training Facility at Nova Southeastern University in Davie, Florida. For more information, visit dolphins.com.
About Deezer
Deezer connects over 12 million active users around the world to over 43 million tracks. Available in more than 185 countries worldwide, Deezer gives instant access to the largest and most diverse global music streaming catalogue on any device. Deezer is the only music streaming service with Flow, the unique mix of all your old favorites and new recommendations in one ever-changing stream. Based on an intuitive, proprietary algorithm and created by people who love music, it’s the only place to hear all your music back-to-back with fresh discoveries tailored to you. Deezer is available on your favorite device, including smartphone, tablet, PC, laptop, home sound system, connected car or smart TV.

Making music happen since 2007, Deezer is a privately held company, headquartered in Paris with offices in London, Berlin, Miami and around the world. Deezer is available as a free download for iPhone, iPad, Android and Windows devices or on the web at deezer.com. For the latest news on Deezer, go to Deezer.com/company/press.