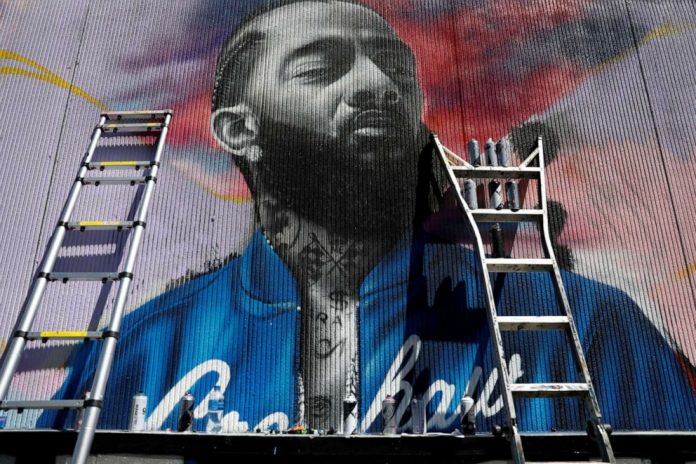 Nipsey Hussle‘s funeral procession was marred by more “senseless violence” on Thursday night, with one person being shot to death and three others wounded, according to cops.

“We must stop this,” tweeted Los Angeles Police Chief Michel Moore, who reported the drive-by shooting on Twitter.

“Suspects in gray Hyundai fired on the victims,” he tweeted.

Hussle, an admitted gang member-turned-activist who tried to use his fame to help better the LA community, was honored during a memorial service at the Staples Center before his procession — for which 21,000 people showed up.

Most of the crowd took part in the 25-mile trip through his city and past his Marathon Clothing shop, where he had been gunned down.

Thursday’s shooting comes just weeks after two people reportedly were hit by gunfire during an evening vigil for Hussle. It’s unclear what sparked the most recent incident