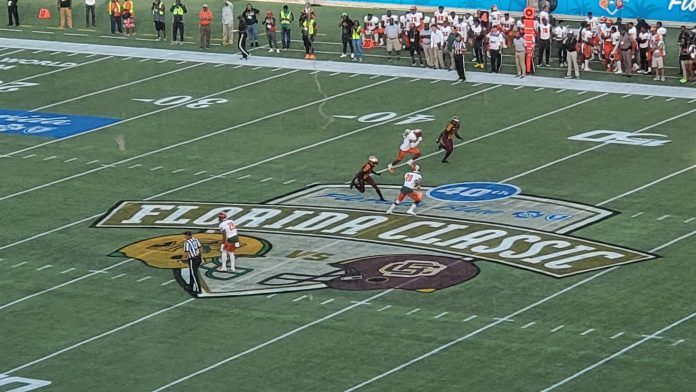 This years game was a very tough matchup. The game was back and forth for the first half and at half time the game was #FAMU 13 – #BCU 21.

The Florida Classic is more than just a football game and more than an in-state rivalry. It is now the largest football game between two historically Black Colleges in America, surpassing the Bayou Classic between Grambling and Southern in New Orleans as the top attended game in NCAA Division I-AA as well as the nation’s largest football game between two Historically Black College/University (HBCU) schools. Since its inception in 1978, the game has now seen over 1.9 million spectators attend the game (1,992,648).

A Sunshine State rivalry dating back nearly a century and an Orlando institution for 21 years and counting, the Florida Blue Florida Classic is more than just nation’s largest annual HBCU football game — it’s a celebration of sports, family, music and culture that is woven into the fabric of Central Florida.

Link to all the Pics of the Game.

The lowdown on Doing an Expository Essay Fantastic