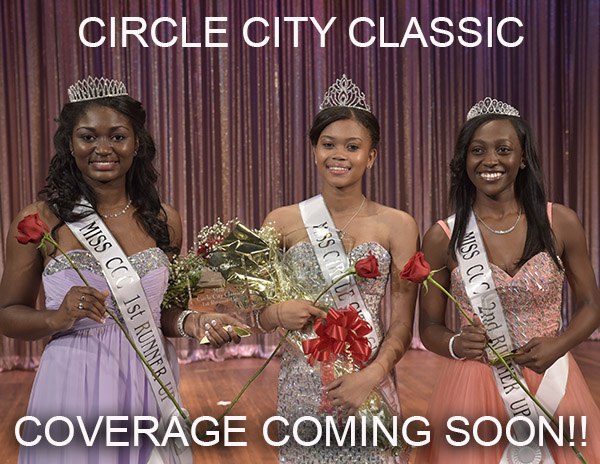 “We are very excited to add stellar entertainment to this year’s Circle City Classic® game.  The star-studded concert lineup that is included in the game’s ticket price is unprecedented.  Our goal is to continue to engage Circle City Classic® fans and add attractions to the weekend’s festivities.  We look forward to enjoying some great football and Hip Hop at Lucas Oil Stadium on September 26th, said Tanya Bell, IBE President & CEO.  “Every ticket purchased to the game will help send Indiana students to college,” added Bell.

Jeezy originally planned on having a background role in the music industry — as a businessman, not as a rapper. Years before making his first Def Jam album — Let’s Get It: Thug Motivation 101, released in July 2005 — he set up Corporate Thugz Entertainment and promoted Cash Money releases. From there, he branched out as a label boss and artist in his own right, releasing albums and mixtapes. Come Shop wit’ Me, his independently distributed debut from 2003, allegedly sold more than 50,000 copies. As a member of Boyz N da Hood, he was behind a self-titled album (released just weeks before Let’s Get It) that debuted in the Top Ten of the Billboard album chart. Driven by the hit “Soul Survivor,” Let’s Get It: Thug Motivation 101 eventually did even better, nestling at the number two spot in the Billboard 200. The Inspiration: Thug Motivation 102 followed in late 2006, and by that point, Jeezy had become one of the most prominent MCs; the album became his first number one smash. In 2007 he introduced his U.S.D.A. crew with the album Cold Summer, and then returned to his solo career a year later with the politically minded The Recession — his second set to reach number one. In 2010 the single “Lose My Mind” announced the coming of his fourth major-label release. A diagnosis of Bell’s palsy would shift the rapper’s priorities, delaying the release of the album until late 2011 when TM:103 Hustlerz Ambition finally landed. Dropping the “Young” with only “Jeezy” on its cover, Seen It All: The Autobiography followed in 2014. The album featured the single “Me OK” along with guest appearances from Jay-Z, Rick Ross, and Future.

About Yazz the Greatest

Bryshere “Yazz” Gray, who plays Hakeem on the Hit TV Show Empire, became a hip hop star at a young age, after a football injury sidelined him. Striving to be more versatile and uplifting, YTG chooses to be more responsible with his lyrics, elevating the content of his songs. Some of his performance highlights include Jay-Z’s 2013 Made in America Festival, The Annual Roots Picnic Festival, and opening for Fabolous and 2 Chainz, and the BET Awards. Yazz has claimed three hits on the Hot R&B/Hip-Hop Songs chart, with two reaching the top 40: “You’re So Beautiful” and “Drip Drop.”  YTG’s poise and confidence earned him the role of Hakeem on FOX’s “Empire” where he continues to create innovative and responsible music.

Having appeared as a featured artist on records with Usher, T.I., Jermaine Dupri, Jamie Foxx, Rich Boy and Fat Joe, Love released the acclaimed “Discrete Luxury” EP, his first work as a solo recording artist in 2013. The lead single “They Don’t’ Know” was called “one of the hottest songs on the radio right now” by Vibe magazine and reached #4 on Billboard’s Mainstream R&B/Hip-Hop chart. His second single “Bitches Be Like” released in early 2014. A “smash hit” according to XXL magazine, the track received heavy rotation by leading digital broadcasters Sirius XM radio and Music Choice. Following summer 2014’s “Honest Tour,” Love released “He Got Money” featuring tour headliner, Future. The track was taken from Love’s LP, “I SIN,” released August, 2014. In late 2014, he released “Somebody Else,” the lead single from his forthcoming LP. The single is available now for download and Rico’s debut album, TURN THE LIGHTS ON, will be released on May 19th through his own label, Division 1, a partnership with Interscope Records.

Atlanta-based rapper Silentó broke out of the underground as a teenager in early 2015. That’s when his single “Watch Me” — recorded the previous December and released independently a month later — inspired a wave of fan-made dance videos due to lyrical references to the whip dance, the nae nae, and the stanky leg. Over the course of one week, the single, made with Bola da Producer, racked up over two-and-a-half million U.S. streams. The spike sent it to number 33 on Billboard’s Hot R&B/Hip-Hop Songs chart. The following week, the song crossed into the Hot 100 chart at number 86. By the end of April, the rapper had signed to the Capitol label and is currently No. 3 on the Hot 100 chart.

This year’s game will also be aired on ESPN3.  The network is currently available to more than 99 million homes at no additional cost to fans who receive their high-speed Internet connection or video subscription from an affiliated service provider.  For a complete list of Circle City Classic® events, visitwww.circlecityclassic.com.  To purchase tickets to the game, call 317-925-2702.  Tickets are available at the IBE Box Office, Lucas Oil Stadium, www.ticketmaster.com and all ticket master outlets.

“A person may cause evil to others not only by his actions but by his inaction, and in either case he is justly accountable to them for the injury.” – John Stuart Mill

Melbourne calling: Three reasons why you should visit it