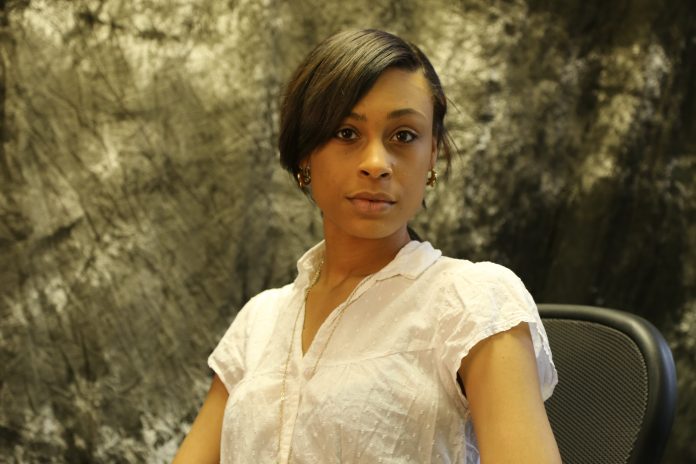 I am rather new to the modeling industry approximately a couple of months ago and started taking it seriously. I got involved in modeling because of the great vibes and influences from people around me giving that push to say I should. Now I am going for it. I decided to pursue it because I didn’t want to waste a good talent and slap God in the face. I was riding in the car with a friend and they told me that the next time God is handing out talent she will tell him not to give me any because I don’t use it. So I said ok, I will use this talent.

I was born in Chicago. Ever since I was little we have traveled all over. Lived in Arkansas for a while, then lived in California for a while, then moved to New Jersey, where I finished out high school.  I went to college at South Georgia Tech in Georgia, then to Long Island University in New York and finished off at Northwood University in Florida. Now I am currently in Indianapolis, IN but my heart is in California where my mom resides.

AMPS:  So what did you use your height for in grade school?

Naima Garcia: I would pick up things that other people couldn’t and seeing over crowds. I am 6’ 3” and to this day being tall is the best gift ever. My perspective on life is so much different from everyone else. I have been using it since like kindergarten. I played basketball all my life. My mom pushed into that and it paid for college. I could’ve pursued further but I was ready to be a girl. I really just used it to get my education and did what I had to do. Now I am venturing out into doing what I want to do like modeling.

AMPS:  Who has been a major influence in your life?

Naima: An influence in my life was my great great Aunt Les, who has passed away. She was like a second mom to me. She taught me how to be a woman and to stand for something and not fall for anything that you don’t believe in. That pretty much influenced my whole mentality and into the woman I am today.

I do eventually want kids; one girl and two boys and they are going to be basketball players. I am going to have them involved in gymnastics, karate and everything so I don’t have to pay for college. I want the white picket fence but of course I feel like I have to come first. Otherwise things that will come I am going to resent if I don’t get to fulfill the things that I want to do. 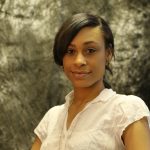 If I could come back as someone it would be the Queen Aphrodite of Egypt. I think I have the mentality to do so.

AMPS:  Tell me one thing that no one knows about you?

Naima:  I just found out that I am Creole a month ago.  My ancestry come from my dad is Puerto Rican and my maternal grandmother is Creole and Black.

AMPS:  Do you prefer panties, thongs or nothing at all?

Naima: I prefer nothing at all because I like to be free. In bed, I don’t believe in any clothing in bed, no socks and not even wrapping my hair. I think it is the most annoying thing ever. Underwear is like just like socks, especially in the summer time when it’s hot outside.

AMPS: What are three qualities you look for in a man?

Naima: Charisma, intelligence and loyalty are three characteristics I look for in a man.

AMPS: What is one thing, off the top that is a turnoff in a man?

Naima: I don’t like when people see me in the street and they tap me to get my attention. It annoys the living soul out of me.

AMPS: What is the worst come on line you’ve ever heard?

Naima: I would drink that tall glass of water.

AMPS: Tell us about your religious background.

Naima: I grew up as a Christian; I went to a catholic High school. As an adult I am a Christian.

AMPS:  What is one characteristic that you like in your mother?

Naima: She is one stern lady. I like the tough love she gives me. When I am crying she tells me to suck it up, get back up and move on. So when I am emotional, she gives me that balance.

AMPS: What is the one thing that have picked up from her that when you look in the mirror you see it?

Naima: I get my figure and my nose from her. My mother can be a bully, aggressive, annoying, and intrusive with her own opinions. I see that in me and it scares me. I don’t want to be that person.

AMPS: What person do you admire the most in modeling and why? Do you see yourself liking anyone else?

Naima: I don’t really know much about Naomi Campbell but I watched her on ‘The Face’ and she spoke on something about where she came from. I have always been a no excuse type of person. Like playing basketball, I’ve learned that diligent and militant mentality of just do it. Everyone thinks that she is just a B-i-t-c-h, but no one knows her story and how far she have come to where she is today and why she is Naomi Campbell. Or why she can throw her phone at her assistant if she wants to because she didn’t do whatever she wanted her to do. As the host of the ‘The Face’, Naomi asked a candidate, Give her a reason why she should win over another candiate. The response was something that Naomi took as an excuse rather than a reason. Naomi told her that people dont care about that right now!  No one cares about that and no one is worried. So suck it up, get over it and you’re here now. As harsh as that was, I took that message in a positive way. From that point, I never knew her but from what she said it just gave me a really good image of what kind of person she is. It was humbling. To me that is a very good role model because that is someone who has actually been through things and you can see that story without having to flip a page. So I definitely look up to someone like that.

AMPS:  What do you want to be and when you get to that place you can say I have done what I was supposed to do?

AMPS:  If you had the power to influence one thing in the world what would it be?

Naima: I would like to change the inner cities. I lived in Trenton for a little bit and I get disgusted and upset when I’m driving down to Bellevue from my neighborhood across the street it’s the hood. I get mad because I just see and I know that they aren’t doing anything. They just there and they don’t want to propel. They are complacent and content with it. If I could be like a big sister or something in the community.

AMPS: Do you have any quotes to live by in life?

AMPS:  What’s the best make-up job you’ve ever had?

Naima: One of my best friends and roommate, Annabelle from college. She could beat a face like that. She got me into wanting to wear make-up because I used to be natural. Once how I saw how make-up enhanced me, I got hooked. It was like the changing moment of my make-up life.

AMPS: Do you have anything to say to anyone reading the article? What you say to kids growing up to motivate them to do what they want to do?