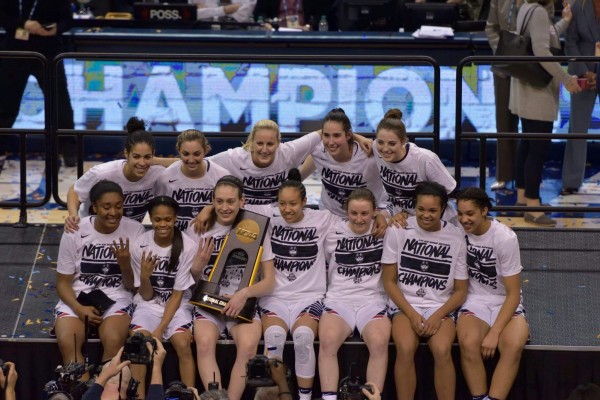 The Huskies became the first-ever Division I women’s team to win four consecutive championships with a resounding 82-51 victory over Syracuse in Tuesday night’s NCAA title game.

“When you have players like these three and they’re the kind of individuals that they are and have the character they have and how they conduct themselves everyday … I’ve never been around a better group of great players who really, really love the game and love their teammates. They’ve done something that’s never been done before — ever — and that means it was something really hard to do.”