The Speedway has been open since 1995 following an initiative to spur economic recovery in the aftermath of Hurricane Andrew. The 600-acre facility is active more than 300 days per year and will host NASCAR’s championship races during Ford Championship Weekend (November 18-20, 2016) for the 15th consecutive year. The NASCAR Sprint Cup Series championship Ford EcoBoost 400 is broad 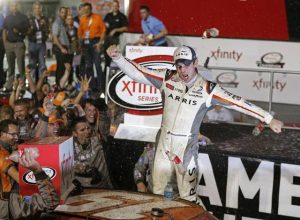 cast live on TV and radio to 200 countries in 24 languages. Homestead-Miami Speedway, featuring a 1.5-mile oval and 2.21-mile road course, generates more than $301 million annually for the region.

History was made at Homestead-Miami Speedway on Saturday, as Daniel Suarez became the first Latin American driver to win a NASCAR national series championship. The Mexican driver clinched the XFINITY Series title after winning the 2016 Ford EcoBoost 300  in the inaugural Championship 4 race in the NASCAR XFINITY Series Chase.

“It’s very hard to put into words. I’m speechless right now,” said Suarez. “I’m just very proud of everyone and thankful to have the family that I have – my mom, my dad. They gave me all the tools to be here right now. They put me in a car even when we didn’t have the support or the racing background. They supported me and right now we are just living a dream.”

With under 50 laps to go in the 200-lap race, each of the Championship 4 contenders— Suarez, Erik Jones, Justin Allgaier and Elliott Sadler— were occupying the first four positions. After a late race restart on lap 197, Suarez regained the lead from Sadler, ultimately taking home the coveted crown. Suarez wound up leading a race-high 133 laps.  Sadler finished the race in third place, while Allgaier and Jones finished sixth and ninth, respectively.  Ty Dillon crossed the finish line second.

The victory makes Suarez the 27th driver to win the XFINITY Series title. It also marks the first time that a NASCAR Drive for Diversity graduate has won the NASCAR XFINITY Series championship and the third time for a NASCAR NEXT driver. On the season, the driver of the No. 19 ARRIS Toyota for Joe Gibbs Racing, finished with three victories, a list which also included Michigan (June 11) and Dover (October 2). 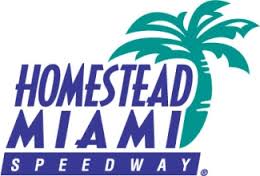 “We had a meeting two years ago with ARRIS and we sat down and talked about this young guy,” said Gibbs. “And for us to be in two years where we are tonight, it’s a thrill for all of us.  I want to thank all the fans that are here tonight. This is going to be a big deal for our sport.”

Erik Jones, driver of the No. 20 Toyota for Joe Gibbs Racing, won the Sunoco Rookie of the Year Award. Jones finished the season with four victories, 15 top-5 and 20 top-10 showings.