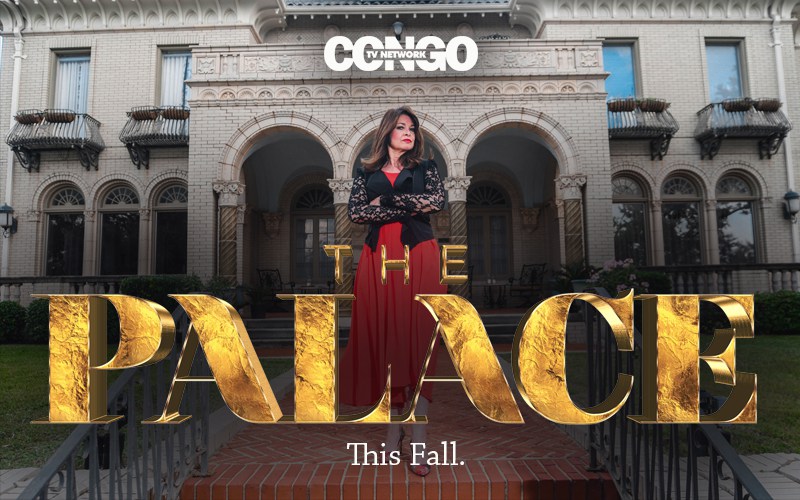 When word hit social media that Monyetta Shaw was filming in Dallas, it didn’t take long for fans to find out where she was. Shaw will play a recurring role as Gwenette Hunter on Congo TV’s new drama series, The Palace.

Shaw told her fans she accepted the role because it was different from other offers which had been presented to her. “My team was looking for a role that would give me an opportunity to really act. This role will broaden my credentials,” said Shaw.

The Palace, an original drama series, will begin airing in November when the new network launches. “I heard about the network and became interested in the platform. I think it is needed. There are so many directors seeking a home for some very good projects and Congo will help many secure a place to present their work,” she explained.

Shaw received a phone call from Ro Wright, the show creator, asking her to read for a specific character. “I have known Monyetta for a long time and I don’t think the world has ever seen her really act. She is very talented and I believe she will amaze people in this role,” said Wright.

Her character, Gwenette Hunter, is a well established agent from the Texas Department of Child Protective Services. She is hired to observe a Single Parent Mother who is making all the wrong choices as she struggles to raise her daughter. Hunter, who was raised by a Single Parent Mother as well, tries to give the young mother advice but the advice is rejected. The stubborn mother makes it hard for Hunter to help her.

“Being a Single Parent Mother is not easy but many women have succeeded. They have put their kids through school and have even established careers all by themselves making no excuses,” said Shaw. “While my role in the series is to govern these mothers, I think the role actually shows how mothers all over the world are everyday heroes. What single parent mothers are able to accomplish with little to no help at all is amazing.”

Shaw came up in the industry as a Radio Personality and Model. She has been the face of many products and the leading role in several music videos over the years. She was one of the stars of VH1’s Reality TV Show, Atlanta Exes, a show about celebrity ex-wives who shared their pain and frustration after messy break-ups or divorces. She is the mother of two for pop-star, Neyo. She and the pop singer have a great co-parenting relationship. She launched her own publishing company upon the recent success of her latest book, Bigger Than Me.

Expect The Palace to begin airing in November on Congo TV Network.