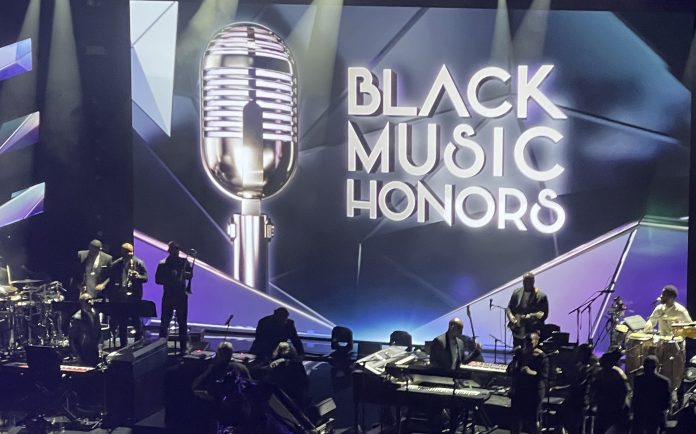 The Black Music Honors show was amazing. BLACK Excellence at its best! Celebrities performed and gave their speech about the music industry and dropping jewels for upcoming artists. Mary Mary also gave a tribute to our Most High God and spoke to the crowd about growing up in Inglewood and how it was rough and tough, with prayers to god these two sisters made it through this hardcore industry. Keri Hilson also mention’s mistakes she made in the past that she’s dearly sorry for and willing to amend any confusions. She also insisted she’s on a better path acting in movies and also about to release an album coming soon.

There was a feel of unity at The Black Honors, showing that if you hang on a little more a breakthrough will come, keep going and push forward. All the celebrities did a wonderful job performing and accepting awards.

WHAT ARE THE BLACKMUSIC HONORS ?

Black Music Honors is an annual two-hour event that acknowledges the legendary African-American artists who have influenced and made significant musical contributions to African-American culture and American music worldwide. Black Music Honors is produced by Chicago-based production company Central City Productions (CCP). For more information, visit www.blackmusichonors.com and connect on social media @blackmusichonors on Facebook and Instagram or @blackmusichonor on Twitter.