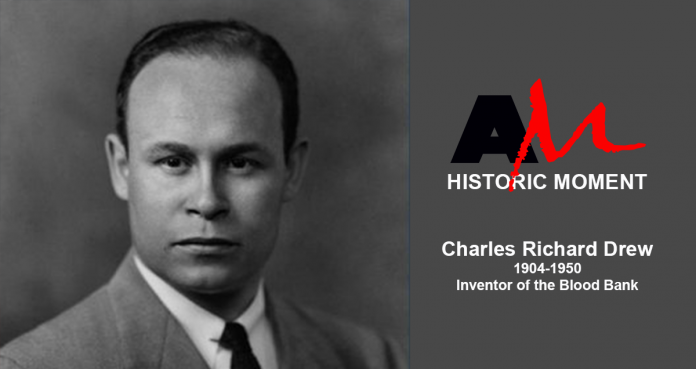 African American surgeon and researcher who organized America’s first large-scale blood bank and trained a generation of black physicians at Howard University, was born in Washington, DC, on June 3, 1904. 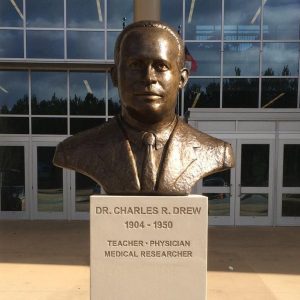 The pre-Civil Rights era constrained Drew’s options for medical education. Some prominent medical schools, such as Harvard, accepted a few non-white students each year, but most African Americans aspiring to medical careers trained at black institutions such as the Howard University College of Medicine in Washington, DC, or Meharry Medical College in Nashville, Tennessee.

Drew applied to Howard, but was not accepted because he lacked enough credits in English. Harvard accepted him, but wanted to defer his admission to the following year. He was very eager to learn and did not want to wait so he  applied to the McGill University Faculty of Medicine in Montréal. When he graduated he was second in a class of 137, in 1933.

Drew hoped to extend his training with a surgical residency in the United States, but major American medical centers rarely took on African American residents because many white patients would refuse to be treated by black physicians.

He got a job working on the faculty at Howard University College of Medicine in 1935, where he held several different jobs at the university.

In June 1940, Drew received his doctorate in medical science from Columbia, becoming the first African American to earn the degree there.

In 1941, Drew was appointed assistant director of a pilot program for a national blood banking system, jointly sponsored by the National Research Council and the American Red Cross. Among his innovations were mobile blood donation stations, later called “bloodmobiles.” The armed forces initially would not let African American give blood to the Red Cross and even Drew as the Director could not even give blood because of the color of his skin. The policy was soon modified to accept blood donations from blacks, but required that these be segregated. Throughout the war, Drew criticized these policies as unscientific and insulting to African Americans. 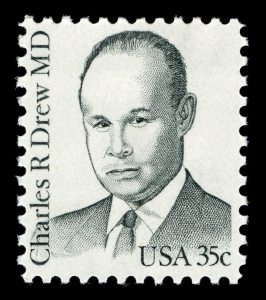 On April 1, 1950, in Burlington, North Carolina, Drew died from injuries sustained in a car accident while en route to a conference. Though he died prematurely, Drew left a substantial legacy, embodied in his blood bank work and especially in the graduates of the Howard University College of Medicine.