She grew up in Hampton, Virginia, where she graduated from the all-black George P. Phoenix Training School

She earned bachelor’s degrees in mathematics and physical science from Hampton Institute in 1942. She was also a member of the first sorority founded by and for African-American women, AKA’s. She was a girl scout leader for more than 30 years. She was for noted for helping black children in her community create a miniature wind tunnel for testing airplanes. 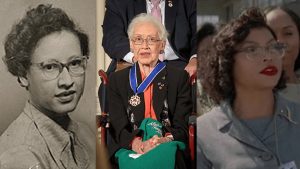 She started as a research mathematician, or computer, at the Langley Research Center in her hometown of Hampton, Virginia. After 34 years at NASA, Jackson had achieved the most senior title within the engineering department. She decided to take a demotion in order to serve as an administrator in the Equal Opportunity Specialist field.

Disney is Ready for You!

Tailor-made composing: a clean check for an outdated predicament