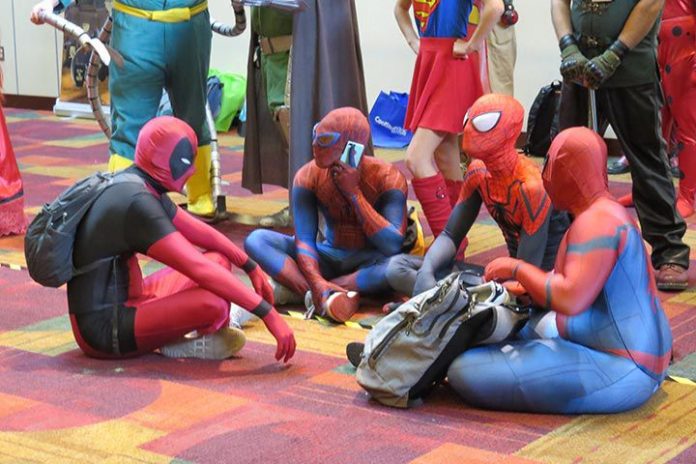 Gen Con Attributes Record-Breaking 2014 Numbers to Growing Partnership between Gamers and Indianapolis Community
INDIANAPOLIS (August 19, 2014) Gen Con 2014, completed August 14-17 at the Indiana Convention Center, experienced another year of record attendance numbers and unprecedented growth. For the fourth consecutive year, Gen Con grew by more than 10%. This year, reaching more than 14% year-over-year growth with a weekend turnstile attendance of 184,699 and unique attendance of 56,614. This number surpasses 2013’s previous record of 49,530 unique attendees. Since 2009, Gen Con’s annual attendance has more than doubled.

“Gen Con 2014 is a testament to a more than decade-long relationship between Indianapolis and the game industry, which has culminated in the best attendee experience yet,” said Adrian Swartout, CEO and owner of Gen Con LLC. “Gen Con is a massive yearly adventure that would not be possible without the collaboration and support of our show sponsors, exhibitors, event organizers, volunteers, local business partners, the Indy community, and of course, our attendees.”

“Since their first show in Indy in 2003, Gen Con has evolved into more than just a great convention for gamers – it’s become a one-of-a-kind cultural event,” said Leonard Hoops, president & CEO of Visit Indy.  “The entire Indy hospitality community is proud to host Gen Con and we congratulate their team on yet another record-breaking year.”
Due to Gen Con’s expansion throughout the Indiana Convention Center, the show also featured record numbers of exhibitors (370+) and events (14,000+).

About Gen Con
Gen Con, LLC produces the largest consumer hobby, fantasy, science fiction and adventure game convention in North America, Gen Con, The Best Four Days In Gaming!™. Acquired in 2002 by former CEO and founder of Wizards of the Coast Peter Adkison, the company is headquartered in Seattle, Washington. Gen Con 2014 was Co-Sponsored by Mayfair Games, Paizo Publishing, and Wizards of the Coast. For more information, visitwww.gencon.com.