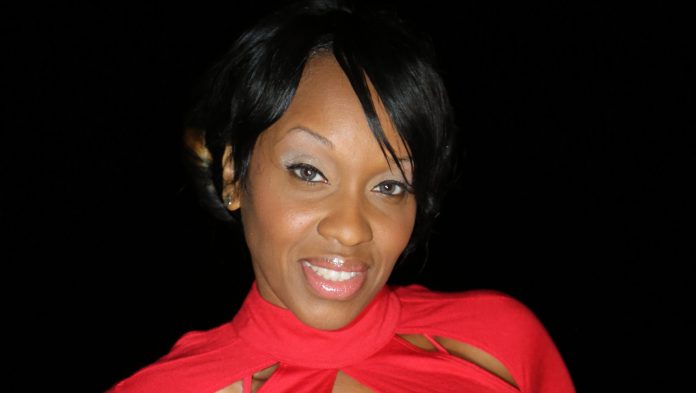 Highlights from an Interview with Miss Angel Star

China Doll: Welcome back to the show. We are live with the real Miss Angel Star.

China Doll: We are fine darling. Thank you for taking time out to holler at us because, from what I understand, you’ve got a lot going on right now.

Angel: Well, as cliché as it may sound, I started singing solo in church at the age of 7.  I took a break from music and was into sports for a while, but then I started writing songs at age11.  I started recording at age 14 and finished my first album when I was 15. 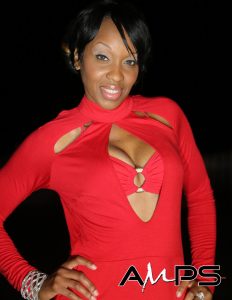 I went to “Canadian Idol” 3 times by myself. At the age of 17, I got to be the opening act for The Temptations. I did a lot of Motown openings too.  Eventually, I was signed by Eagle Force Entertainment.  They brought a lot of Motown artists to town and I had the opportunity to meet a lot of them and sing for them.

At one point, my manager got sick and I ended up having to do a lot of things on my own.  I’m grateful for that because I learned a lot of things. I fell down a lot and that helped me to understand the business side of the music industry.

At the age of 20, I started working with a lot of different producers. I was paying for my deeds, paying for my studio time, working late hours and leaving my daughter at my mom’s whenever I went to the studio.  My mom’s very supportive.  She had my back the whole entire time and I love her.  It’s been rough and there’s been times where she’s like, “You know, I don’t really know about this music thing.”  I’m like, “Just chill, just chill, just chill… it’s going to happen.”  So yeah, I’m just happy.

I met Lewis thru my cousin because he actually does a little music here and there on the side. He goes to a lot of like music conferences all over. So that’s how I met Lewis at The Voice audition.  I arrived too late to audition, but once he heard my material, he was like, “Maybe I can do you something better” and he gave me a writing deal. So that was nice, and here I am today, speaking to you.

Even though you sometimes have that feeling inside where maybe you want to give up, you should never give up.  It’s really what you’re supposed to be doing.

I was so naïve.  I was making a bunch of songs and just leaving them unprotected so anybody could get them. Then, somebody told me I need to protect my songs. And that was a big eye opener for me.   I was doing it old school, where I was just writing up the songs, folding them up, putting them in envelopes, sealing them, and mailing them back to myself. So I’m actually giving away the secret, but it’s okay, I want people to learn.

China Doll: So, you were using the “old school” copyright? 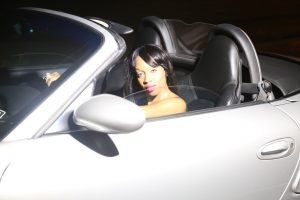 , old school copyright. And then I found out about Soulcan and Ascap and all the codes and stuff you need in order to sell music and to make a revenue from it.  So even though I had the knowledge, I wasn’t really making any money for a long, long, long, long time.  I guess I learned by trial and error. Yeah… and why not?   It makes me happy!  I figure if you’re going to make an excuse for why you don’t want to do something, then you’re going to figure out a reason why you should give up as well.

I just feel that, as long as you stay positive and keep going, and I know it sounds so easy to say… but there’s a fight… like there’s an inner fight.  You can’t see it, but it’s like a ball of fire inside of you and it’s just fighting because you know that there’s something that you’re going to reach out for and it’s going to be amazing when you get it. It might not be tangible or visible right now, but it’s called faith… blind faith.

China Doll: Tell us a bit about this big tour that you’re about to endeavor on?

Angel: Okay… well, it is 170+ cities and it’s an American tour so we’ll be going all over the United States. And there are some headliners coming on.  I’m not allowed to say who, but it’s going to be amazing. There will be 4 of us on the tour and we’ll all have a segment with about 6 or 7 songs.  It’s going to be a real good show.

We’re excited!  We have our investors and we have everything going, so we’re happy about that.  We’re just waiting on a few more technicalities and things like that, but all that stuff is taken care of so it’s good to go. It’s surreal.  It’s everything that I’ve been waiting for.  It’s also going to be rough because we’re going to be on the bus for about 5 months.

China Doll: What can we expect from Miss Angel Star?

Angel: Oh, you can expect good music. Music has changed and I’m not trying to say that I’m bringing it way back, or anything like that, but I write love songs and my love songs are dope. They are something like a breath of fresh air you’ve been waiting for.

China Doll: Concerning your attire your on stage, I just want to know, have you decided what look you are going with? Are we going to see Angel booty or her talent?  What are we going to see when we come to you?

Angel: A lot of the artists out there portray this. They’ve been doing it for a long time, so I don’t judge anybody.  I love what anybody does, but at the same time, what is okay and what’s not okay, is my thing.