It’s more than a game. It’s an experience! The Florida Blue Florida Classic is a weekend where college friends reunite, families come together and fans show out for an O-town Showdown to witness the FAMU Rattlers and B-CU Wildcats battle it out on the gridiron for bragging rights. More than 1,800,000 fans have attended since the first game in 1978, making it the BIGGEST Black college football game in the country. 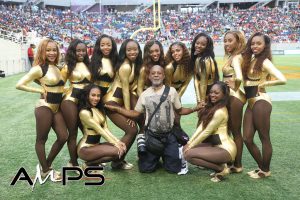 The rivalry continues on November 18. Tickets go on sale September 1 at 10AM. 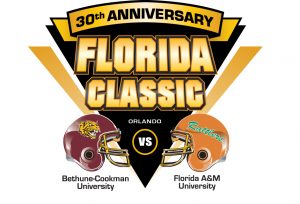 HISTORY & TRADITION OF THE FLORIDA CLASSIC

The Florida Classic is more than just a football game and more than an in-state rivalry. It is now the largest football game between two historically Black Colleges in America, surpassing the Bayou Classic between Grambling and Southern in New Orleans as the top attended game in NCAA Division I-AA as well as the nation’s largest football game between two Historically Black College/University (HBCU) schools. Since its inception in 1978, the game has now seen over 1.5 millionspectators attend the game (1,560,893).

Despite FAMU’s early dominance in the series overall (at one point, the Rattlers won 19 straight), the two schools drew ever-increasing crowds until they had to abandon their home stadiums for larger venues.

Sites like Daytona International Speedway and Doak Campbell Stadium in Tallahassee were the sites of some of those “home” games before the two schools agreed on a permanent site — Tampa — in 1978.

The series between the two schools went through a two-year hiatus in 1983 and 1984 when they could not agree on a playing site. Public pressure from alumni, fans and state officials brought them back to the negotiating table and the series was resumed in 1985.

In 1997, the two schools moved the Florida Classic to Orlando’s Florida Citrus Bowl Stadium. That year’s affair was a rousing success as 56,351 fans swarmed into the Citrus Bowl, over 25,000 fans more than the previous year in Tampa.

Overall attendance for game has now surpassed the 1.5 million mark. However, the move down I-4 to Orlando, with its plethora of tourist attractions and central location for virtually every fan in the Sunshine State, has been the catalyst for turning an already intense rivalry into the hottest ticket in Division I-AA and Black College Football.

The record 1997 crowd was quickly eclipsed in 1998, when 66,245 packed the stadium for the game which determined the 1998 MEAC Championship and postseason invitations. In 1999, the Classic drew 70,125 fans to Orlando, at the time the sixth-largest football event ever held in the Florida Citrus Bowl. But even that attendance was overshadowed by the 2000 Mid-Eastern Athletic Conference title game, which drew 70,719, for a 31-28 thriller won by the Rattlers. The 2003 game stands as the largest crowd ever in the series – 73,358. 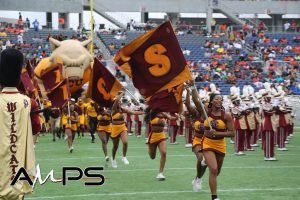 Florida A&M holds a 20-10 edge in the meetings since the instate rivalry moved from a home-and-home scenario to an annual neutral site spectacular. Overall, the Rattlers lead the series, 48-15-1. Bethune-Cookman has made the series more competitive since 1973, winning 12 of its 15 series victories during that span, including a 58-52 overtime win in 2004, which was the first-ever three-game winning streak for the ‘Cats. Since the game has come to Orlando, FAMU has won nine of 13 games against B-CU, though the Wildcats have been victorious in four of the last eight.

In 2005, the game made its debut on ESPNU and was televised nationally. The 24-hour college sports network broadcasted the game live as part of a multi-year contract with the Mid-Eastern Athletic Conference (MEAC) and a commitment to broadcasting HBCU games. The 2009 game was televised by ESPN Classic.

With its colorful backdrop of football, bands and loyal fans, a centrally-located venue, nationally-regarded programs in both Tallahassee and Daytona Beach, the future of the Classic is ripe with promise.