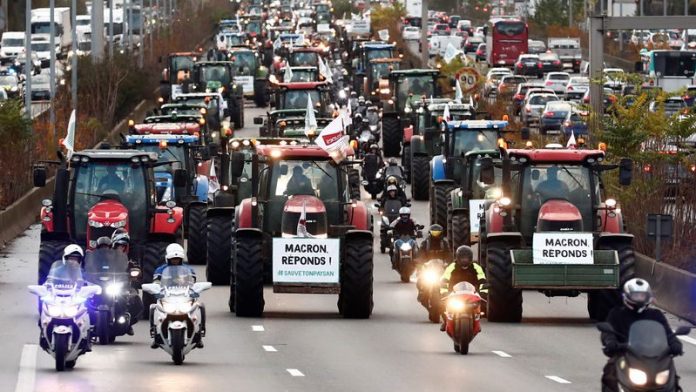 Hundreds of tractor-driving farmers drove from across France into the capital of Paris on Wednesday to protest government policies relating to distribution prices and criticism of pesticide usage and animal welfare.

“The government is leaving us exposed, let us work,” one farmer wrote on his tractor.

The demonstration is being staged by the two main farm unions, which called for a meeting with President Emmanuel Macron to express concerns about government policies they say harm French agriculture.

“We want to warn everyone that if there are no more farmers in France it has a knock on effect on the French economy,” 29-year-old farmer Alix Heurtaut told Reuters in an interview earlier this week.