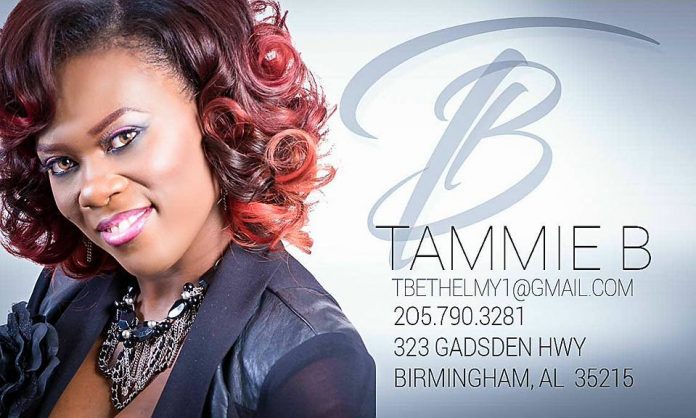 This week Bronner Bros was well represented in the city of Atlanta once again. The historic hair battle is a competition where 6 salons from across the US compete against each other to win $10,000 cash.

She is blazing new trails and changing the hair care landscape as we know it! An international educator based in Birmingham, Alabama, Tammie B. has quickly gained industry recognition as one of the nation’s leading stylists, colorists, and platform artists. Tammie B believes that her dedication to her profession is the key to her success.

​Tammie B pushes creativity to its limits with every style she creates. She uses her God-given talents to touch the lives of everyone she encounters. She is passionate about sharing her knowledge with others and is one of the most sought after platform artists for her color and styling skills. She also regularly competes in hair shows and showcases her creative skills on the stage.

She appeared in the award winning documentary, “Good Hair,” produced by Chris Rock as well as BET J’s “Tears, Shears, and Beauty.” In 2018, Tammie B appeared on the reality television show, “The Look: All-Stars, alongside her mentor Kevin Kirk.” “The Look: All-Stars is a television reality competition among Top Beauty Professionals creating and transforming looks.”-thelookallstars.com

​Tammie B has been a member of the BabylissPro Design team for over six years and is the Lead Brand Ambassador for KirkPro Products founded by her mentor, Kevin Kirk. Her work has also been published in a number of magazines. She walks by faith, attributes all of her success to God, and strives to live each day with courage, commitment, and a belief in herself to “Do It with Passion or Not At All”.