This event was in partnership with CBS Television and local CBS affiliates. 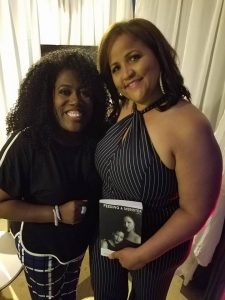 “Sisters In Service” is one way that Pack Rat Foundation For Education, Inc. shines the light on sororities ​​for their commitment to community service and to making communities better. 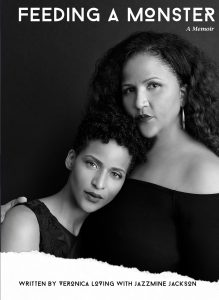 Veronica Loving, author of “Feeding A Monster” attended Sisters In Services hosted by Sheryl Underwood, Emmy award winning entertainer and co-host of THE TALK at the Peninsula in Beverly Hills. The event was presented by Pack Rat Foundation For Education (PRFFE), a California 501(c)3 organization founded by Underwood. PRFFE raises much-needed awareness and funds for Historically Black Colleges and Universities. Underwood is also the 23rd International President of Zeta Phi Beta Sorority.
During the event, Underwood honored four sororities of the National Pan-Hellenic Council – Alpha Kappa Alpha, Delta Sigma Theta, Zeta Phi Beta and Sigma Gamma Rho for their commitment to community service and to improving the human condition for families and individuals across the country.
Shortly before attending this amazing event, Loving had the opportunity to meet readers and sign copies of her new memoir “Feeding A Monster” at an intimate book signing. Her memoir details tragedy that struck her family and destroyed her 21-year marriage to a minor-league baseball player after finding out he was a sexual assault predator. The book is a guide to help readers, women, families, and victims become more aware on how to identify signs of Date Rape Drugs, Sexual Assault, Molestation, and Domestic Violence. “Feeding A Monster” is available online at Amazon.com.
For more info about Veronica Loving visit www.veronicaloving.com or the Pack Rat Foundation For Education visit sheryl_underwood – The Official Site for Sheryl Underwood and Pack Rat Productions, Inc.

Veronica Loving has been a Registered Nurse for almost 30 years, she specializes in Obstetrical Nursing and has been a mentor and teacher to many in her field. Veronica Loving has been a licensed spiritual practitioner for more than twenty years, studying under the teachings of Rev. Doctor Michael Beckwith, Minister at Agape Spiritual Center of Truth. Veronica is a mother to four adult children and has three Grandchildren. She was inspired to write her first book, a Memoir entitled “Feeding A Monster”, when tragedy struck her family and destroyed her 20-year marriage damaging the lives of her and her children. Veronica is now a motivational speaker and advocate for Sexual Assault and Abuse victims. Her work in this field has led her to start a non-profit organization called “Loving You through it”, where she helps victims of Sexual assault, Molestation and Domestic violence move through their circumstances and begin to step out of survival and begin to thrive to their highest potential. Veronica has also recently partnered with an organization called “Fatherless daughter” and recently became a certified advocate for the organization.

About Pack Rat Foundation for Education

Pack Rat Foundation for Education (a California 501(c)3 organization), founded by philanthropist and Emmy award winning entertainer Sheryl Underwood, raises much-needed awareness and funds for all 105 Historically Black Colleges and Universities. PRFFE initiatives include: College Reporter Internships – Provides internships to college students to be College Reporters for Sheryl Underwood Radio, heard on 95 affiliate radio stations across the country; Civic Justice Initiative – Town Hall Meetings and Panel Discussions held on HBCU campuses to engage National Bar Association Local Chapters, Student Government, National Pan-Hellenic Council, Clergy, Law Enforcement, Media Representatives among others, to identify solutions that increase the peace and enhance the quality of life of all citizens; HBCU Sports Initiative – Focuses on inspiring African American boys, as young as 3 years old, to play baseball, golf, tennis, soccer and lacrosse, while being mentored and provided opportunities to succeed; Urban Symphony: A Concert of All-American Music – HBCU Orchestras/Bands merge with a city’s symphony to play a concert of All-American music to benefit education and the arts and the Get Your Praise On: HBCU Choir Sing Off –  An energetic choir competition showcasing the talent, creativity, professionalism and spirituality of HBCU students.